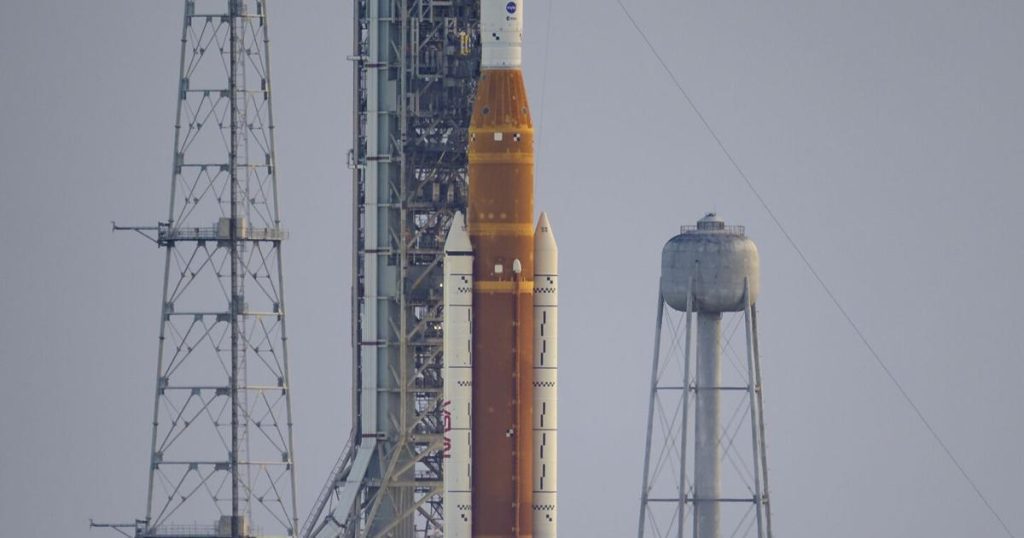 The first attempt, earlier in the week, was also marred by hydrogen leaks, but that attempt occurred elsewhere on the 98-meter (322-foot) rocket, the most powerful rocket NASA has ever made.

Launch manager Charlie Blackwell Thompson and her team tried to seal the leak on Saturday as they did last time: by stopping and re-flowing supercooled liquid hydrogen in hopes of eliminating open space around a supply line seal. They tried twice and also shot helium through the line, but the leak continued.

The first countdown, on Monday, was called off due to an engine sensor malfunction and another fuel leak. The test flight must go well before the astronauts can get on board.

A Space Launch System (SLS) rocket will attempt to send the capsule around the moon and back. If successful, it would be the first capsule to fly to the moon since NASA’s Apollo program 50 years ago.

The $4.1 billion test flight is the first for NASA’s Artemis lunar exploration program, named after Apollo’s twin sister in Greek mythology. The ship could carry astronauts on board in 2024 for a tour around the moon and attempt to land in 2025.

See also  An asteroid will pass near Earth on Sunday. Is it a risk? - Life sciences

The Associated Press’s Department of Health and Science is supported by the Howard Hughes Medical Institute’s Department of Science Education. AP is solely responsible for all content.

Success! An email has been sent with a link to confirm your subscription to the list.

Error! There was an error processing your request.