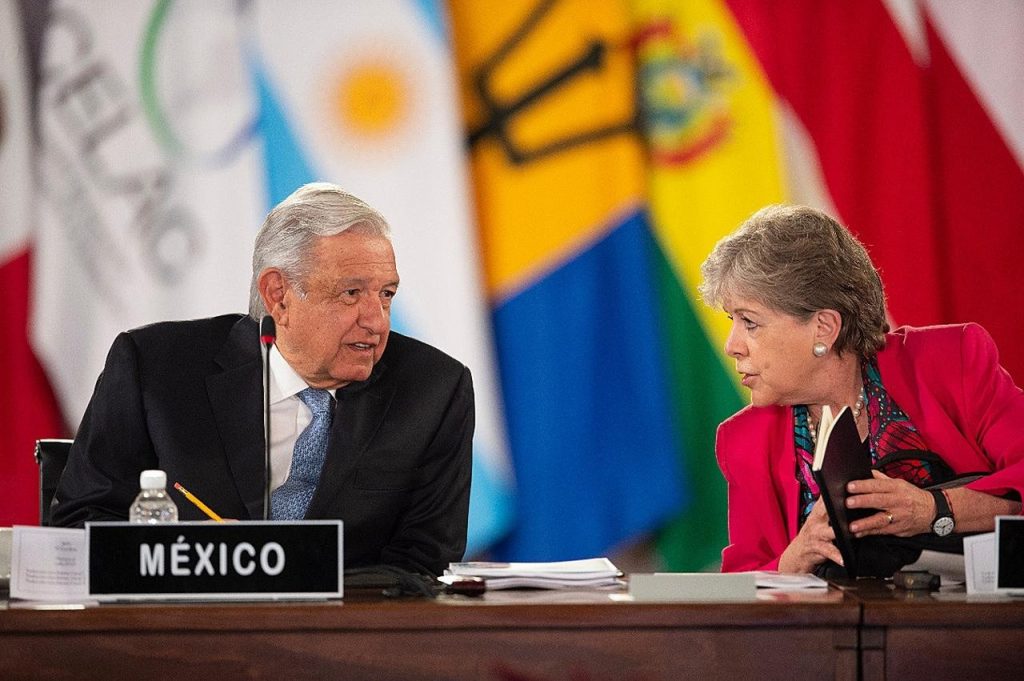 President Andres Manuel Lopez Obrador proposed the economic integration of Latin America with the United States and Canada to revitalize the continental economy.

In his proposal to the Heads of State at the opening of the Sixth Summit of the Community of Latin American and Caribbean States (CELAC), held at the National Palace, he urged its development with respect for the sovereignty of each State. , as well as replace the ban policy.

In the same context, he called for no government to be subject to another, and for the last word in disputes to be determined by the United Nations.

“We feel that this model can become a reality if we think and agree on three fundamental issues: non-interference and self-determination of peoples, cooperation for development and mutual assistance to combat inequality and discrimination,” Lopez Obrador said in his message. Speech.

The meeting took place months ago and concluded with the Mexico City Declaration, as well as a plan for health self-sufficiency.

During its first meeting as head of state in four years, Celac agreed to a series of agreements that seek to promote regional integration, in a project that mimics kinship with the European Union.

The countries that make up Celac have given the green light to create the Latin American and Caribbean Space Agency, a fund starting with $15 million to tackle climate change, as well as a health self-sufficiency plan, which will allow be prepared in the event of new emergencies, such as those resulting from The emergence of COVID-19.

The heads of state agreed to condemn the US embargo on Cuba, as well as support Argentina in its dispute with the United Kingdom over its acquisition of the Malvinas Islands.

At the summit, chaired by López Obrador and directed by the head of the Ministry of Foreign Affairs, Marcelo Ebrard, the most recurring topics were the need to get vaccines against COVID-19 and confronting climate change.

Ebrard described the summit as a success, while calling for the ideological differences prevailing in the region not to be disputed.

Celac’s member states have agreed to attend the next environmental meeting, in Glasgow, Scotland, with a common position.