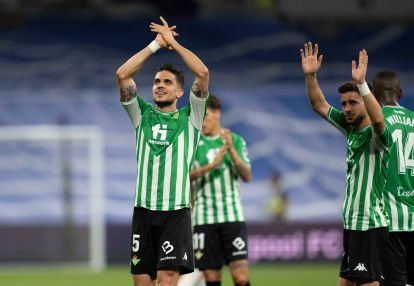 LaLiga Santander renews one of its main international partners in the audio-visual field. The Spanish competition in the United Kingdom and Ireland will continue through Premier Sports until 2025, the parties announced in a statement.

Premier Sports have been working with LaLiga since 2019, when they started direct distribution of the international channel of Spanish football. A scale that will continue into the next cycle, when it will be possible to follow LaLiga from the Sky and Virgin platforms, as well as with LaLigaTV on Amazon Prime Video and Premier Sports Player.

“We are delighted to extend our relationship with LaLiga until 2025,” said Richard Sweeney, CEO of Premier Sports, who confirmed that the Spanish competition was the best. “The most popular foreign league on these beaches”.

In addition to LaLiga, Premier Sports broadcasts other competitions in the British Isles such as the Premier League, Euro 2024 and the Nations League, as well as tournaments from other sports such as Top 14 Rugby, NHL or Nascar.

Before the renewal with Premier Sports was confirmed, it was rumored in April about a possible arrival of Fite as a LaLiga partner in the UK. OTT, which specializes in contact sports, would have put in the best bid, reportedly sports business.