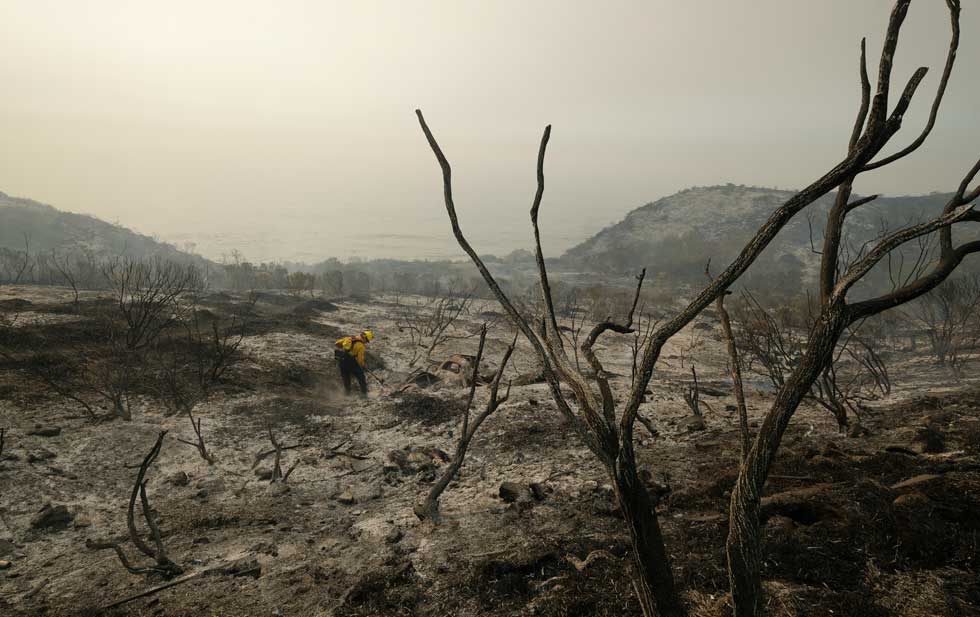 New York- For the second year in a row, the world is headed toward a new La Niña event, which would dry out parts of the already thirsty western United States and fuel an already volatile hurricane season in the Atlantic.

Just five months after the end of La Niña that began in September 2020, the National Oceanic and Atmospheric Administration (NOAA) has announced that a new cooling of Pacific waters is already underway.

The natural cooling of some parts of this ocean recorded in La Niña contrasts with a warmer El Niño pattern and leads to changes in the global climate for months and even years. But changes vary from place to place, and there are no certainties, only trends.

La Niña tends to cause more agricultural damage and drought in the United States than El Niño and neutral conditions, according to a study published in 1999. The report found that La Niña typically causes $2,200 to $6.5 billion in damage to the nation’s agriculture. .

How strong is it and how long will it last?

There’s a 57% chance this is a moderate La Niña event, said Mike Halpert, deputy director of the National Oceanic and Atmospheric Administration’s (NOAA) Climate Prediction Center. He noted that it is unlikely to be as strong as last year because the second year of consecutive La Niña events is generally not as severe as the first.

Halpert said that this year’s La Niña is expected to continue into the spring.

What does this mean for the western United States?

For a third of the United States in the south, particularly the southwest, La Niña generally means a drier and warmer climate. The West has been suffering from a drought for more than two decades, which has only worsened in the past two years.

See also  Femicide in the gaming world. Kill a professional player in Call of Duty

“That’s good for them, but probably not so good for central and southern California,” Halpert said.

The climate of the Ohio Valley and the northern plains can be wetter and cooler. La Niña winters also tend to bring snowstorms further north during the winter, while places like the mid-Atlantic region don’t usually experience major snowstorms.

What will happen to the Atlantic hurricane season?

During last year’s La Niña, the Atlantic had a record 30 named storms. This year, without La Niña, the season has remained more active than usual, with 20 named storms and one unused name on the primary storm list: Wanda.

The past two weeks have been quiet, but I’m looking forward to getting back to work, Halpert said. “The fact that it is calm at this time does not mean that we will not see more storms towards the end of October into November,” he added.

La Niña tends to increase activity in the Atlantic season because a major component of storm formation is winds near the top of the storm. El Niño causes more cross-winds that cut off the head of storms, while in La Niña these cross-winds are less, allowing meteors to develop and grow.

What will happen to the rest of the world?

Much of Southeast Asia and northern Australia has more precipitation than La Niña, Halpert said, which is already evident in Indonesia. Central Africa and southeastern China tend to have a drier climate.