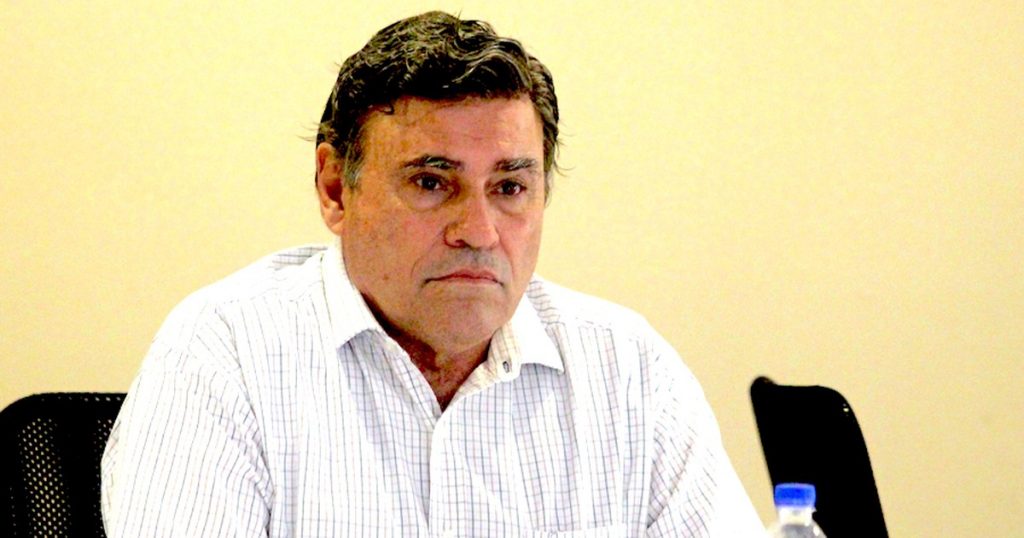 Future technology, science and innovation at all levels are beyond the debate more than ever about how a deadly virus will affect the world through a pandemic. These factors today demonstrate their importance around the world with some countries such as Israel, which are returning to “normal life” after more than a year of imprisonment thanks to vaccinations and health measures to contain COVID-19.

In our country, science and technology are more than just suspended matters, like many others. Despite the proposal of the Russian Investment Fund, for example, to transfer the technology to produce the Sputnik V vaccine against the Coronavirus, our scientific sector does not have the necessary infrastructure.

From the pharmaceutical sector, they regret even the empty support from the government in this regard, unlike neighboring countries such as Argentina, which has already started producing biological materials, or Brazil, which is advancing in the same line.

However, there are institutions and individuals – despite adversity – that are innovating, research and studies to improve the quality of life of our residents through the science of technology.

Thus, La Nación interviewed the engineer, Eduardo Filippo, President of the National Council of Science and Technology, who provided details of the national efforts, as well as their achievements, in times that more than ever required the contribution of this sector to our daily life.

This is a clear example that science was not given the importance it should have. There have been infections, epidemics, and other issues that may emerge, but the impact of this has been more than ever due to the lack of vision in governments to promote science accordingly. It turns out that scientific advances can tackle biological issues faster.

The countries that succeeded were the ones that developed science with a lot of money. So, they have to provide the means like the labs, and pay the money to the scientists, who might be for five years without results, but they will get it sooner or later. This is how science is developing, there is no other way.

Recently, parliamentarians here in our country took money from Conacyt to compensate at the National University of Asunción (UNA) for non-payment of tuition fees. This is fine, but science and the solution cannot be postponed to the future tense. And this is a vision that has not yet been fulfilled in Paraguay and in Konaset, we are doing our best to make people understand what science is.

-I think so. Unfortunately, the pandemic had to happen for people to realize it. Thankfully, we’ve had reactions already. Conacyt acted quickly in the middle of last year. He has conducted a series of emergency calls to get people to work on palliative medications and protocols to address the effects of COVID-19.

We have contributed to the development of plasma within the Ministry of Health as a palliative treatment for patients with Coronavirus. We also did a project that developed a liquid that would allow the fabric to become waterproof for making chin straps. Several things we have done and we are still doing. But it is imperative that people understand and know that science is an investment.

What we need are large laboratories and huge research centers. Some of them are the size of the Botanical Garden, where highly complex buildings and laboratories have been constructed. Here we are away because the importance here has never been given. Hopefully more will be given now. At Conacyt we have Prociencia Phase 2, whose implementation has been delayed due to bureaucracy. Above there is a budget, but we do not have management.

You can read: Pharmacists lament the government’s support and interest in vaccine production

Here, our biggest problem is the lack of administration and resources. At Conacyt, we are currently directing resources from Itaipu, through the Fund for Excellence in Education and Research (FEEI), but this only lasts for 5 years or so. But what will happen tomorrow when the Itaipu Treaty is renegotiated and we are left without these resources? This, for example, is an outstanding issue to be included in the discussion.

Last year, we had 1,200 projects that were already effective and 600 of them were implemented, 300 of which are still under implementation. They are proposals of all kinds, on social, agricultural, environmental and medical issues. There is everything.

– In Konasit we do not have investigators. Those who cooperate with us are independent. We summon them through a system in charge of 120 of our workers who control the progression of investigations.

But nationwide, there are not more than 2,500 researchers, about 1,000 active researchers. Lack of investment in the field and incentives are among the reasons for the lack of researchers. What we also want is to increase its capacity. He sent them abroad to specialize, and also brought in researchers from countries such as Argentina, Uruguay and France. We must raise the level of science and the challenge facing Konasit is very great.

Read more: “Vaccines are the only way out of the epidemic,” says the infection specialist

– I took charge of Conacyt in December 2019. I am already one year and four months old. Sometimes I get tired of fighting the impossible, but then I recover and move on. Board members are appointed every two years.

Not that there is much to do, but the head of Consett does not receive a salary. It is a contribution from civil society to science. Six years ago I was president of the Paraguay Industrial Association (UIP) and six years earlier, I was a Senior Vice President. I was also part of the board of directors a few years ago.