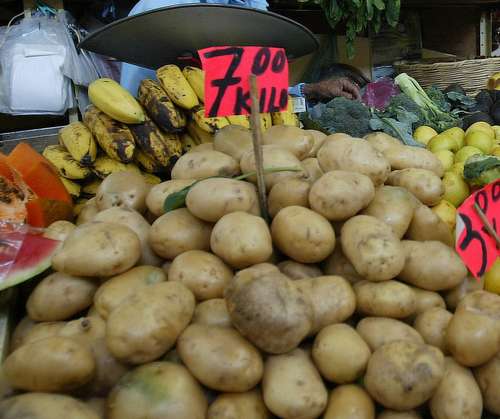 After two decades of frustrated attempts to introduce fresh potatoes into all Mexican territory, the US government and that country’s producers have used the North American Trade Agreement (T-MEC), to try to achieve their goal, by rejecting local producers, who argue that their position is not a reflection of fear of Competition, but it is due to phytosanitary issues.

In 2002, the Mexican and American governments agreed to solve the problems that limited their respective markets. On the one hand, Washington promised to expand access to Mexican avocados, while Mexico agreed to open the border to strawberry potatoes in that country.

The result: after nearly 20 years, avocados have become one of the main export products from Mexico to the United States; While US potatoes can only enter a 16-mile strip along the border between the two countries.

So, a few days ago, during the first meeting of the T-MEC, Catherine Tay, the US Trade Representative, explained to Tatiana Clausher, Minister of Economy, that the need for agricultural products from her country is spreading freely throughout Mexico. Area.

At that meeting, the US official asked Mexico to facilitate entry for products such as fresh potatoes and to resume licenses for biotechnology products, such as glyphosate.

On April 28, the nation’s Supreme Court of Justice overturned a court decision in 2017 that was protecting Mexican producers and preventing the Mexican federal government from enforcing regulations allowing the import of fresh American potatoes across the country. That is, it opened the door for the process to start letting in the mentioned product.

However, this week, the Idaho Potato Commission, a US government agency, revealed that the National Potato Producers Association of the Republic of Mexico (CONPAPA), a private Mexican body, has reached an agreement with the government, which consists of half of which will analyze potato shipments coming from The United States is in a laboratory of their choice, the other in a government-run laboratory.

The US agency said that the above is of concern, because it means that Mexican producers will participate directly in the inspection.

A few days ago, Konaba expressed his disagreement with the Supreme Court’s decision, arguing that studies conducted by the same government had yielded scientific evidence about the risk of pests entering the country through the American tuber.