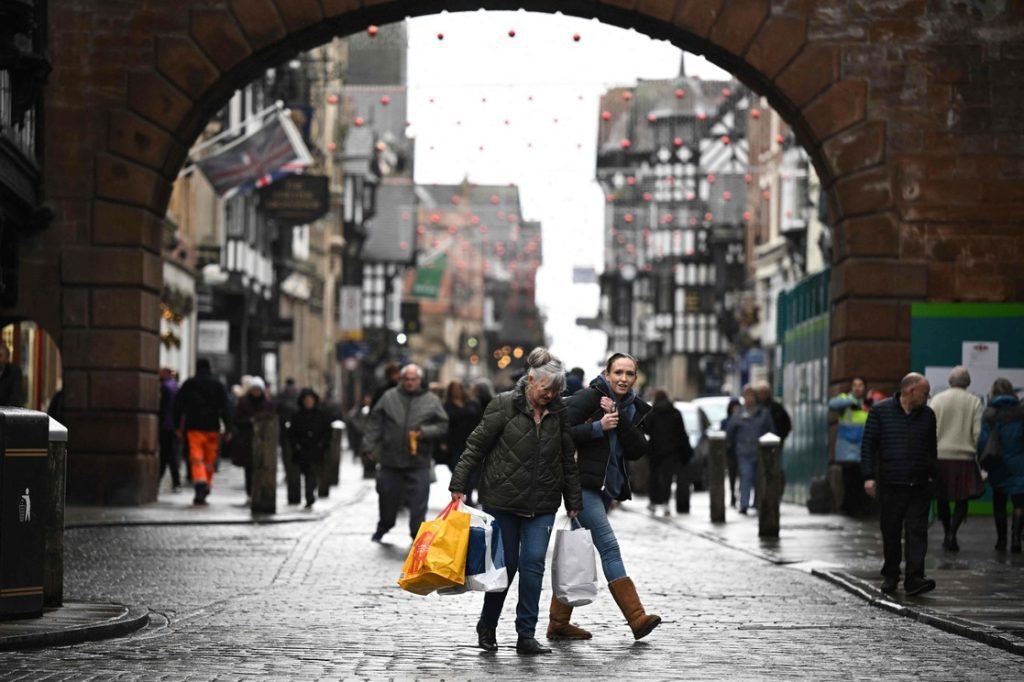 London. The British government has confirmed that the world’s sixth-largest economy is in recession and has introduced a budget package that includes more taxes and less public spending by 55 billion pounds ($65 billion) despite the rising cost of living.

“We are honest about the challenges we face and fair in our solutions,” Finance Minister Jeremy Hunt told Parliament while forcing a return to austerity in the country of 67 million people, the sixth-largest economy on the planet.

He emphasized that this is part of a global trend driven by the COVID-19 pandemic and the Russian invasion of Ukraine, which has hurt growth and soared energy prices.

But he avoided mentioning Brexit – which takes effect from the start of 2020 – which, according to Bank of England officials, has hurt Britain’s foreign trade and made it difficult to hire a much-needed workforce.

The minister confirmed, citing data from the Office for Budget Responsibility (OBR), that the UK has already entered a recession and its GDP will fall by 1.4% in 2023.

The Bank of England expects this recession to last until mid-2024 and to be the longest in British history.

Increase taxes on the profits of energy companies

To clean up public finances, Hunt announced measures of £30 billion in spending cuts over the next five years and £25 billion in additional taxes.

Among them, from January 1, the tax on exceptional profits of oil companies will be increased from 25 to 35 percent, which will be extended for three years to 2028.

See also  The Economics of Happiness and Well-Being

Hunt also announced a temporary new 45 percent tax on electricity producers, which will allow it to continue helping the most disadvantaged with their energy bills after the initial April 2023 deadline.

Environmental NGO Greenpeace praised the “tax hike on the outrageous profits of oil and gas giants” but criticized “one step forward, two steps back” that “huge tax breaks are allowed for fossil fuel extraction”.

Oxfam said London should do more to “tackle rising poverty and inequality in the UK and around the world” after Hunt extended aid cuts.

Give the world confidence

The British currency fell sharply against the dollar after the presentation of the so-called “autumn budget”.

Hunt sought to reassure markets about the UK’s credibility, after the chaos caused by the ultra-liberal policies announced by the short-lived Liz Truss government in September.

On that occasion, a plan was presented that would combine large energy subsidies and aggressive tax cuts with no other funding than to increase Britain’s already huge public debt.

That plan caused unease in the financial markets, as the pound fell to record low levels and interest rates on debt and credit skyrocketed.

Appointed in October to replace Truss, who was ousted from power a month and a half later, Rishi Sunak, also a conservative, has promised to right his “mistakes”.

With this mission, Hunt announced that he was determined to “give the world confidence in our ability to pay our debts” and announced new rules for controlling public debt.

Support the most vulnerable groups

The UK sees a return to austerity similar to that adopted after the banking crisis in 2008, the consequences of which are still being felt, particularly in the area of ​​public health.

Hunt included “protecting the most vulnerable” among his priorities.

Thus, the executive branch will raise pensions and social benefits by 10.1 percent, roughly in line with inflation, which in October reached 11.1 percent, the highest level in 41 years. The minimum wage will rise by 9.7 per cent to £10.42 an hour.

It will also spend an extra £8 billion on depressed public health and £2.3 billion on education. On the other hand, the rest of the ministries will see their spending limited despite the inflation.

In return, the executive should allow local administrations to raise municipal taxes and freeze tax limits until April 2028.

This will cause more families to pay taxes, move to a higher bracket thanks to their salary increases, even if it is less than accelerating inflation, and thus lead them to lose purchasing power.

Hunt emphasized “requesting more from those who have more”, and specified that the maximum income tax, at 45 per cent, would now apply from 125,140 pounds a year instead of 150,000 pounds now.