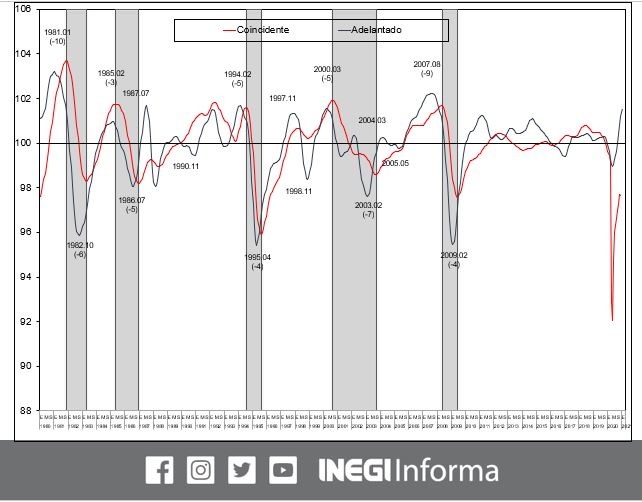 Mexico City. The Mexican economy’s recovery stalled last December; Most of its components have shown some improvement since the middle of last year, but overall they are far from their long-term trend, says the National Institute of Statistics and Geography (Inegi).

He explained that among the components of the System of Periodic Indicators (SIC), the identical component – which shows the current state of the economy – has been reduced by 0.03 percent. This is the first drop since last May and is due to a drop in retail sales and the number of workers registered with the Mexican Institute for Social Security (IMSS).

On the other hand, the advanced component grew by 0.37 percent in January as all of its components contributed to it. It was driven by employment in manufacturing, the right time to invest in manufacturing, major indices of the Mexican and US stock markets, the real exchange rate, and the interbank interest rate.

This leading indicator shows how the match will perform based on investment and credit conditions and has grown steadily since June of last year.

Julio Santaila, President of Inegi, stated, “The periodical indicator system is viewed as a whole with a growth approach indicating that the Mexican economy is currently growing below its long-term trend, but that this gap is expected to close in the future.”