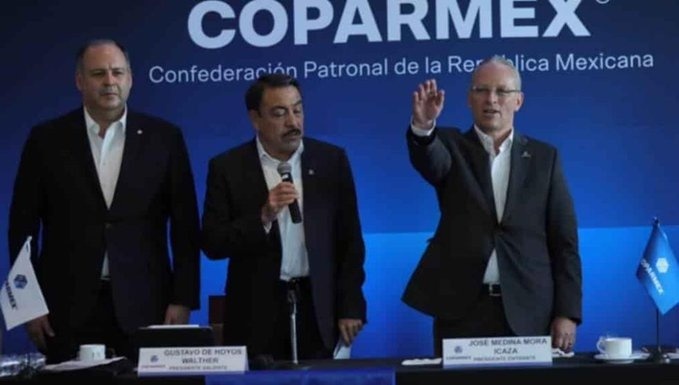 Mexico City. The arrival of Joe Biden to the presidency of the United States is a promising scenario for Mexico if the right decisions are taken, given that the Federation of Employers of the Mexican Republic (Coparmex) is considered after requesting to strengthen the relationship between the two countries.

The body headed by Jose Medina Mora Ikaza commented that the inauguration of the 46th president from the northern neighbor is an opportunity for both countries to restore the respectful and proactive understanding that has characterized bilateral relations historically.

He stressed that at the end of the Donald Trump administration, “and in the face of the arrival of the new government headed by Biden, the scenario is promising if the right decisions are taken from Mexico.”

And he considered it urgent to start the process of renewing the conditions of bilateral relations, which are the most intense and institutional in the world.

“The challenges are many and very diverse. Nevertheless, with will and through mutual understanding, it will be possible to reach the consensus necessary to foster a friendly, meaningful and cooperative bilateral relationship.

He stressed that the importance of the relationship lies in the fact that about one million dollars are traded between the two countries every minute.

Although Mexico is not the first trading partner of the United States, it has been reported that data released by the Ministry of Economy (SE) indicate that trade exchange with the neighboring country amounted to $ 614 billion in 2019, while in 2020 remittances were sent to Mexico increased 10.5 Percent compared to the previous year.

He said, “The opportunity to restore dialogue, understanding and build agreements is real.”

Commenting that Mexico should take advantage of opportunities to promote high-level economic dialogue (DEAN), influence the redesign of legislative provisions, family reunification and avoidance of persecution approaches in the immigration agenda, a new joint security strategy, and the promotion of T-MEC as a strategic component of the bilateral relationship, Among other points.

Cuparmex congratulated Biden and affirmed his commitment to business, society and the Mexican government to work for projects that lead to better development for the country.