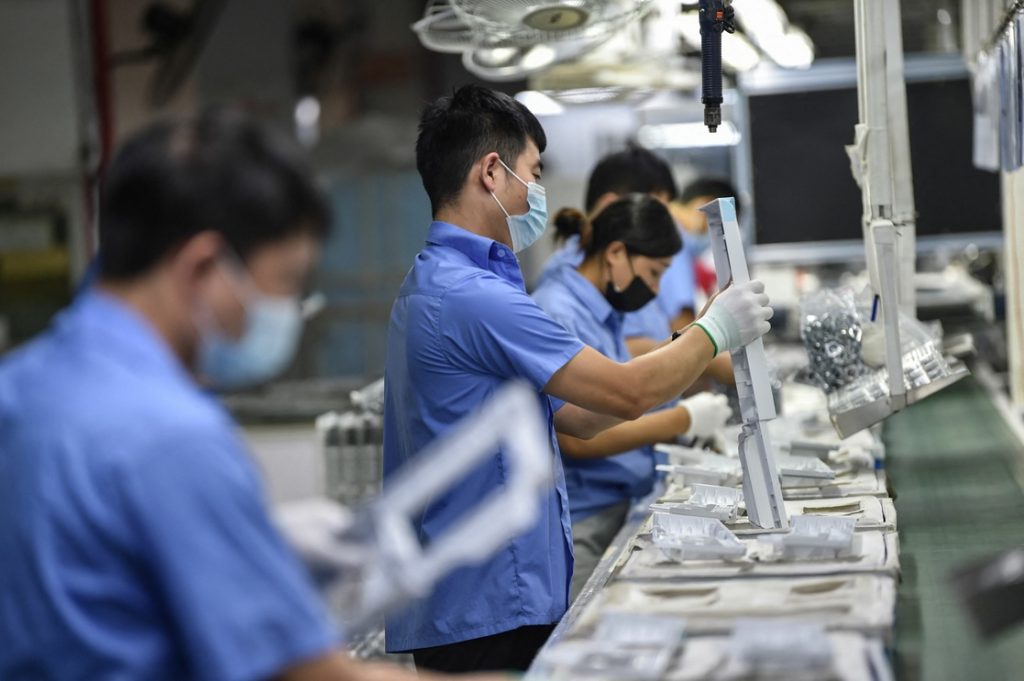 In 2000, the countries of America (except Paraguay), almost all of Europe and Oceania, as well as half of Africa and Asia, were the United States as their main trading partner.

The story took a turn 20 years later: China became the largest trading partner of all the countries of South America, Asia, Africa, Oceania and half of Europe.

The above is based on the data that appears The Economist In the map of the world where it is noted how during two decades China has wrested from the United States its role as a major trading partner for most countries across the five continents.

In America, among the large economies, only Mexico and Canada kept the United States as its first trading partner, largely, analysts noted, due to its proximity and the signing of the Free Trade Agreement (now T-MEC) that has strengthened trade relations between the three countries.

On the contrary, South American countries such as Brazil, Chile, Argentina, Uruguay, Peru and Bolivia made the transformation and by the end of 2020 China was already occupying this place in all cases.

In the case of Africa, 20 years ago, China was the main partner only for some central countries, while now it is the entire continent. Oceania was once from the Americans, but now it is the Asian giant.

In 2000, all of Europe and most of Asia, as well as Russia (the largest country in the world with a presence on the two continents), were its main trading partner; However, now the Americans retain only the countries of Eastern Europe, while all other countries (including Russia) have moved to the side of China.

See also  The second AMLO infection: those close to the president in recent days

For Carlos Bautista, a specialist in international trade at the University of La Salle, the indicated data is the most reliable evidence that China has become the “largest manufacturer in the world”, able to supply any product to all countries, as well as offering the cheapest labor.

“The costs in China are very low, which is why it has become the world’s factory, because it sells all kinds of products, with different quality, from the simplest to the most advanced.”

For his part, Enrique Docel Peters, coordinator of UNAM’s Center for Chinese-Mexico Studies (Cechimex), emphasized the economic strength of China, which in recent years has strengthened its presence in Latin America by increasing investments in infrastructure projects.

You have to get close to Beijing

For the specialist, there is no doubt that in the medium term China will become the most powerful economic power in the world, so while paying attention to relations with the United States, Mexico should strengthen its trade with the Asian country, which it did not do. She was able to do so in any of the previous three administrations.

For 20 years, possibilities have been opened to increase trade relations with China, but unfortunately all of them have been wasted due to a lack of attention, understanding and strategy. We only turn to see them when there is a crisis.”

Bautista explained that China’s rise as a major partner for most countries began when the Asian giant entered the multilateral system of the World Trade Organization, making it a creditor of the most-favoured-nation principle, allowing it to export goods with higher tariffs. Low.

From there, he said, the Chinese government began to take advantage of its 1.3 billion people (the United States has a population of 330 million), which through abundant labor was able to make it ten times cheaper than that of the United States. Help him forge trade alliances with countless countries.

In addition, Chinese ports, primarily Shanghai, are the largest and most efficient in the world, with their own shipping companies, which send goods to anywhere in the world.

For example, the specialist explained that the direct Shanghai-Manzanillo route takes only 17 days, transporting up to 5,000 TEUs (20 ft), although its capacity may be higher. “With his mastery and efficiency, he won the commercial race against the United States.”

In front of me

Go to the beginning of the text