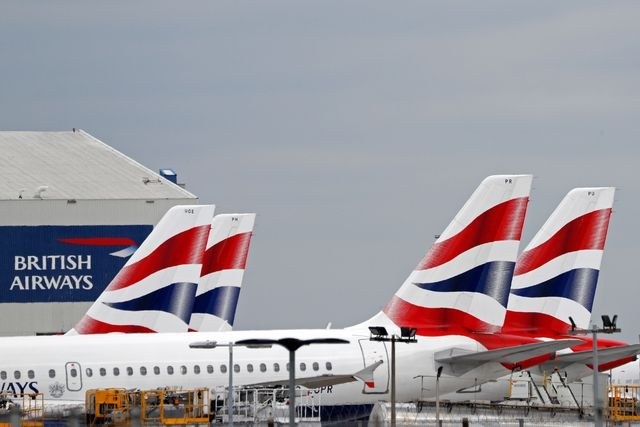 Mexico City. British Airways will suspend flights to Mexico from Sunday 15 August to 30 September, due to the London clause due to the risk of contracting Covid infection. The country will no longer receive an economic benefit of $15.1 million, the Tourism Ministry (SECTOR) estimates.

After the United Kingdom government included Mexico in the “red list” of travel-restricted countries in which visitors are denied entry, given the existence of health risks, due to new strains of the virus, the airline has decided to stop mutual transfers temporarily.

The head of the cult, Miguel Toroco Marquez, commented that the country would no longer receive a spill of $15.1 million. Of these, 13.5 million tourists come from Gatwick and 1.6 million arrive from Heathrow.

Operations, which will be suspended for a month and a half, are those from these stations to Quintana Roo, a state affected by the surge in infections.

Torruco Marqués added that data from the official airline guide indicates British Airways had 9,640 passengers scheduled to fly to Cancun from August 15 to September 30. Of these, 8,644 flights will travel on 26 flights from Gatwick and 996 on three flights from Heathrow, London’s main airport.

British government provisions prohibit entry to persons from Mexico; However, Britons and Irish from other countries with a right of residence were excluded from this measure.

The World Travel and Tourism Council estimates that Mexico will lose more than $60 million a month as long as it remains on the British “red list”.

According to the Ministry of Tourism, the Gatwick-Cancun route during the year 2020 showed an influx of 73 trips with a volume of 19,300 passengers, representing 9.7 percent of the total arrivals.

Between January and June of this year, the route accumulated 38 British Airways flights, with 7,629 passengers, equivalent to 6.2 percent of the total number of international tourists to Cancun.

He added that last year, with the arrival data of passengers to that Mexican destination carried by major airlines in Europe, British Airways ranked third and in the first half of 2021 ranked eighth.

In addition to Mexico, Argentina, Brazil, Chile, Colombia, Costa Rica, Cuba, Ecuador and Panama are included in the “red list” of Great Britain.