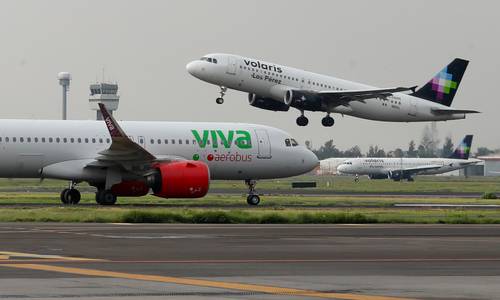 Mexico and the United States are the two countries in America where the volume of air travelers is increasing. According to figures from consultancy Bain & Company, in May demand in both countries rebounded to 84 percent of that recorded in 2019, the year before the crisis triggered by the pandemic.

According to the advisory, passenger volumes in the G20 countries in July 2022 – which concentrate 90 percent of the world’s gross domestic product – are expected to recover to pre-pandemic levels.

In 2021, global air traffic continued to decline, mainly due to sharp increases in the number of Covid-19 cases in India and Latin America.

However, flights within Asia are on the rise, thanks in large part to the growth of domestic air travel in China after restrictions were lifted.

In Europe, the expected increase in intraregional travel was boosted in the second half of the year after some countries, including France and Germany, accelerated their vaccination campaigns.

According to traffic monitoring at airports and highways in Latin America, carried out by Fitch, stations in Mexico led to a smaller decrease in the number of users served, than the risk rating agency expected.

He explained that traffic at Fitch-rated airports was down 55 percent during the first quarter of the year, compared to 2019 volumes. However, Mexico City International Airport and Grupo Aeroportuario del Centro Norte were found to be as predicted above.

On the other hand, on toll roads, mobility continues to recover steadily for most eligible assets. Average traffic volume in the first quarter of 2021 was 2.7 percent below 2019 levels, but it exceeded levels that year in Mexico, Chile and Colombia.