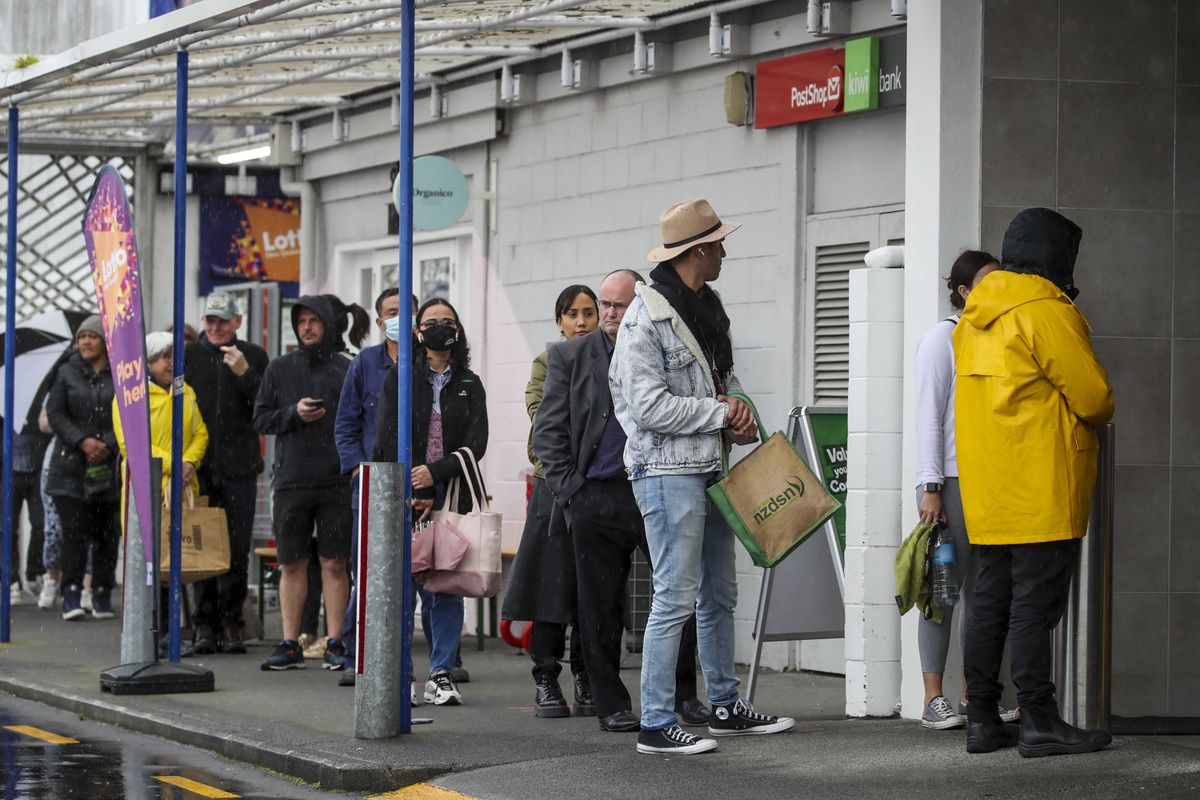 New Zealand’s success in the fight against COVID-19 was interrupted this Tuesday afternoon with the detection of the first case of community transmission since February. A 58-year-old man has tested positive in the country’s largest city, Auckland, and all alarms have gone off. In a matter of hours, Prime Minister Jacinda Ardern has appeared before the nation to announce immediate home confinement of the entire population, which will apply across the country for at least three days, seven in the case of the Auckland region. The New Zealand executive acknowledged that it is a delta version of Kovid-19, although the results of genetic analysis of the virus will not be known until Wednesday. “Fast and hard strikes have worked for us in the past,” Ardern told the media. “We have to fight even harder to beat the Delta version,” he said.

Shortly after the appearance of the press, all mobile phones in the country emitted the maximum amount of alarm signals sent by the National Emergency Service, the same system that is activated in case of an earthquake or tsunami, with the following message: “A A community case of COVID-19 has been identified. Stay home and follow the guidelines of Alert Level 4. So that we can stop the spread of COVID-19 and save lives.” Alert level 4 (the maximum in the fight against the virus) means that only essential services can remain open and citizens should stay at home and limit contact with their household members. They can only go out for essential shopping and exercise, as long as they wear masks.

Jacinda Ardern had already warned New Zealanders that she would take swift and strict action if the Delta variant was detected in New Zealand. The country’s borders have been closed since March 2020 and the executive has announced its intention to preserve them until at least early 2022. Although the media has coined the nickname “Fort New Zealand” to describe the situation in the country, the majority of the population supports the Prime Minister’s decisions, as they have managed to keep Covid out of the area. In a country of about 50 lakh people, only 26 people have died due to this epidemic.

Ardern is not only putting his remarkable political reputation at stake if the Delta version spreads across the country. Delays in the arrival of the Pfizer vaccine have led to a much later vaccination program in New Zealand than in Europe, the only one so far distributed. The general population did not start vaccination until May, so only 22% of New Zealanders have received both doses of the vaccine. Just last week the prime minister announced an accelerated vaccination program in Australia due to the progress of the virus. The detection of a possible case of the delta variant has ignited opposition, which for months has accused the government of endangering New Zealanders with the slowness and ineffectiveness of its vaccination programme.

This isn’t the first time that Jacinda Ardern has decided to “express” confinement when some cases of illness are detected. But this time the machinery to crush the virus has been activated much faster and more strongly. The Labor government has taken this decision because if the worst-case scenario is confirmed, New Zealand will no longer be counted among the few shelters in the world that are known to be free from the delta version of Covid. Until recently, neighboring Australia was the same, but its good run ended with the first case of Delta being reported in the community in early June. Confinement and sanctions have not stopped this highly contagious strain from progressing in this country.

There have been three “express” lockdowns in New Zealand this 2021. It all ends with a happy ending and the image of Jacinda Ardern, over and over again, defeating the pandemic. The prime minister has all the artillery at his disposal to crush the delta variant, as he is fully aware that, if it gets out of control, the virus will harm the country’s health system, and intensive medicine in particular. Has the ability to saturate a limited capacity. , with only 5.5 intensive care units per 100,000 residents.