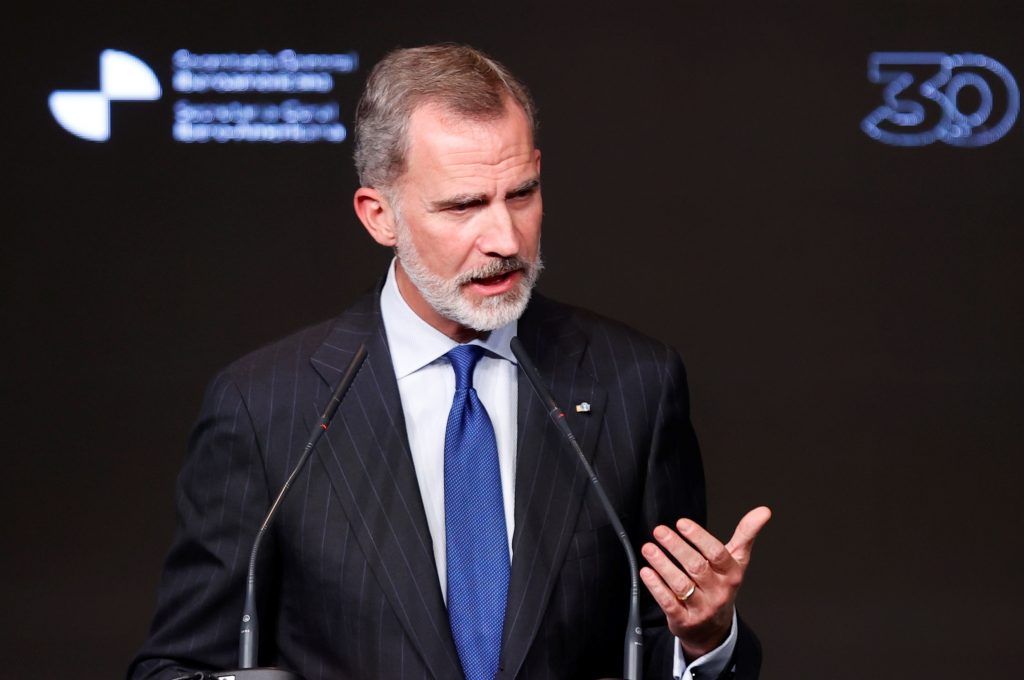 king of spain, Philip VI, encouraged countries Latin america To act “united” and preserve the consensus that has characterized the Ibero-American Summits since their inception before that 30 years, by emphasizing the “certain success” that this forum represented.

The Spanish monarch concluded at Casa America in Madrid the ceremony commemorating the thirtieth anniversary of the Ibero-American meetings at the highest level with the President of Portugal, Marcelo Rebelo de Sousaand the President of the Spanish Executive, Pedro Sanchez.

Felipe VI noted that since the first meeting held in Guadalajara (Mexico) in 1991, the summits have been promoted as “a privileged space for political dialogue, agreement and cooperation among member states, governed by the principle of consensus”.

He said they are an example of ‘how far’ you can go and when Ibero-American countries “They work together.”

“above DifferencesHe noted that we have succeeded in maintaining, in this space and in this system, the constant participation and usefulness of our meetings for all its members.

The Spanish monarch destined that Ibero-American countries They are “like-minded people”, bound together by a “sense of belonging and mutual consideration, great affection, respect and recognition of diversity.”

Added that links that must as a catalyst To build a “common and shared future” on the basis of “identifying similarities, establishing complicity and finding fruitful common ground for interests and potential actions on the international scene” in an “increasingly complex” world.

Felipe VI reaffirmed that pandemic It was the period when the Ibero-American states cooperated in a way “more closely, more intensely and daily”, which, in his opinion, strengthened the project of the community.

For this reason, he called on the leaders to advance to the next stage, “Phase The constitution of the future of an institutionalized Ibero-American society”.

‘Always rely on SpainThrough our work and our commitment to implement this exceptional joint project”, the Spanish monarch has secured in his desire to build a society “more just and sustainable every day”, as evidenced by the slogan of the upcoming summit, which will be held in Dominican Republic in 2022.

Finally, he also highlighted the coincidence of the 30th anniversary of the Summits with the bicentenary of the independence of the Arab Republic of Egypt. Mexico, Peru, Panama and many countries Central AmericaAn event that was seen as another opportunity to praise the joint relations.