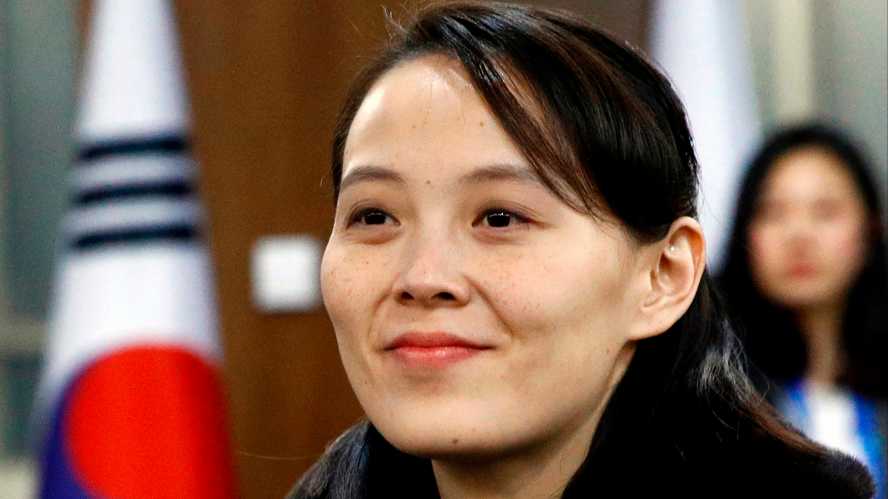 What happened to Kim Yoo Jong, the influential sister of North Korea’s leader?

This is what many observers are asking, in light of the absence of his name on the new list of members of the Politburo.

There are those who say that Kim Jong Un may have demoted his sister, may be concerned about her growing popularity and influence as he tries to assert his authority to deal with the country’s economic woes.

Oh Jeong-seob, an analyst at the Seoul National Institute for Unification, said reports that Kim Yoo Jong is the potential heir to his brother are dangerous because “they could raise doubts about Kim’s strength and health.” This is why Kim Jong Un slowed down his sister’s political downfall a little.

The news comes as a surprise because Kim Yoo Jong, who was accepted as a replacement for the Politburo last year, was expected to be confirmed as a full member during the Labor Party conference that ended on Tuesday. Any figure with ambitions must pass through the Politburo, the body Kim Jong Un consults before making big decisions.

When the eight-day conference kicked off last week, Kim Yoo Jung, who is believed to be 32 years old, was occupying a place on the leaders’ platform, standing out among the predominantly elderly and male cadres. But when the list of 30 full and alternate members of the Politburo was announced, their names did not appear

Kim Yoo Jong remains a member of the Workers’ Party Central Committee, another important body. But when she issued a statement criticizing South Korea on Wednesday, she was identified as a “vice department chair”, a mid-level position.

Kim Jong Un is trying to overcome the “worst” hardships of this country of 25 million people. North Korea suffers from economic problems linked to the Coronavirus, a series of natural disasters and the impact of US sanctions on North Korea’s nuclear program.

The purpose of the conference was to cement Kim Jong Un’s leadership. On Monday, if Kim Yoo Jong had been accepted as a full member of the Politburo, all attention would have been focused on it, said Ko Yong Hwan, former deputy director of National Security Strategy, a think-tank overseen by South Korea’s spy agency. In a TV show.

The Kim Brothers are the third generation of the ruling family that has ruled North Korea for decades. His leadership was inherited from a cult of personality that began with his grandfather Kim Il-Sung, the founder of the state in 1948.

Kim Yo-jong gained international fame by accompanying her brother in his meetings with Donald Trump and other world leaders in 2018 and 2019.

In South Korea, she became known as the “Messenger of Peace” after attending the opening ceremony of the 2018 Winter Olympics in Pyeongchang. She was the first member of the ruling family to visit South Korea since the 1950-1953 Korean War.

When unconfirmed rumors spread that Kim Jong Un had health problems, many believed that Kim Yoo Jong would be his successor if he were helpless. South Korea’s spy agency said that year that she was the second most powerful person in North Korea but was not designated an heir to her brother.

“Kim Jong Un may have blamed his sister for the deteriorating relations with the United States and South Korea,” said Kim Yol-soo, an analyst at the Korea Institute of Military Affairs in South Korea.

Many experts are of the opinion that, despite his absence in the Politburo, his political weight has not diminished and it is not ruled out that his brother will grant him an important position in the future.

Oh noted, “Kim Yoo Jong can meet and talk to Kim Jong Un anytime he wants … He is definitely touching.” “With the passage of time, his role will increase.”

“But you have to pay attention” and not be overly ambitious, she added.