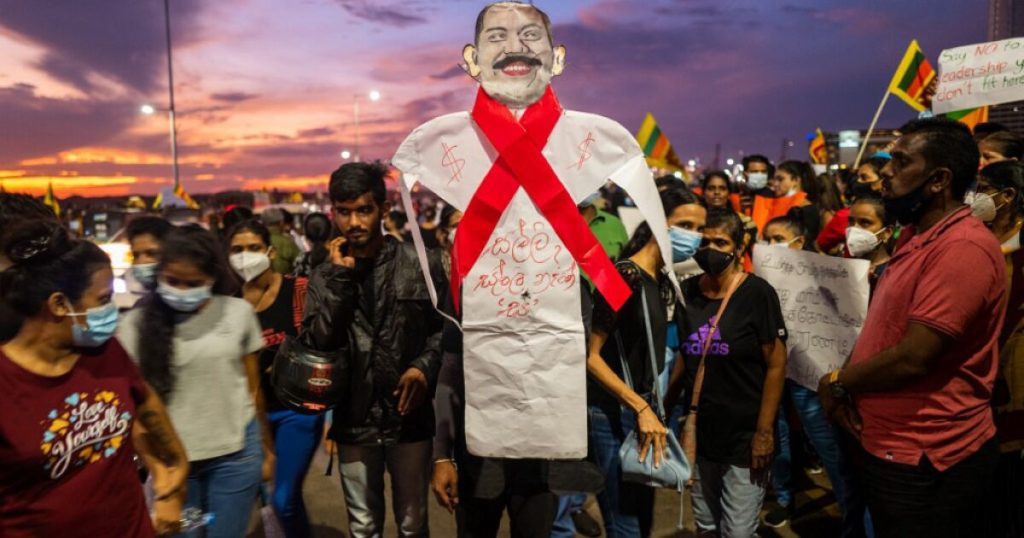 Thus, “all payments of principal and interest due after 17:00, Sri Lanka time, on April 12, 2022, under the debts affected, will be deemed to have been forwarded and the said amounts will be charged interest during the interim period at the normal contractual rate on such loan.”

They are seeking support from the IMF…again

The Sri Lankan government referred to these measures as emergency measures that it is implementing on a “temporary” basis, and insisted on maintaining the country’s financial position until “with the assistance of the International Monetary Fund and other Sri Lankan partners, a complete recovery plan.”

At the moment, the Gotabaya Rajapaksa government is in discussions with the IMF to design an economic adjustment program that will allow the nation to meet its internal and external obligations.

On Sunday, April 17, a Sri Lankan delegation headed by Finance Minister Ali Sabri left for the United States to discuss with the International Monetary Fund a series of aids that will allow the island country to face the crisis.

Government officials told EFE, preferring to remain anonymous, that “the Finance Minister and his team will hold talks from April 19 to 24. They will work to explore the programs that Sri Lanka can access from the International Monetary Fund to face the current economic crisis.”

The sources said Sabri hopes to receive “up to $4 billion from the International Monetary Fund,” although the final amount they agree to will depend on “how Sri Lanka wants to implement its fiscal and other reforms.”