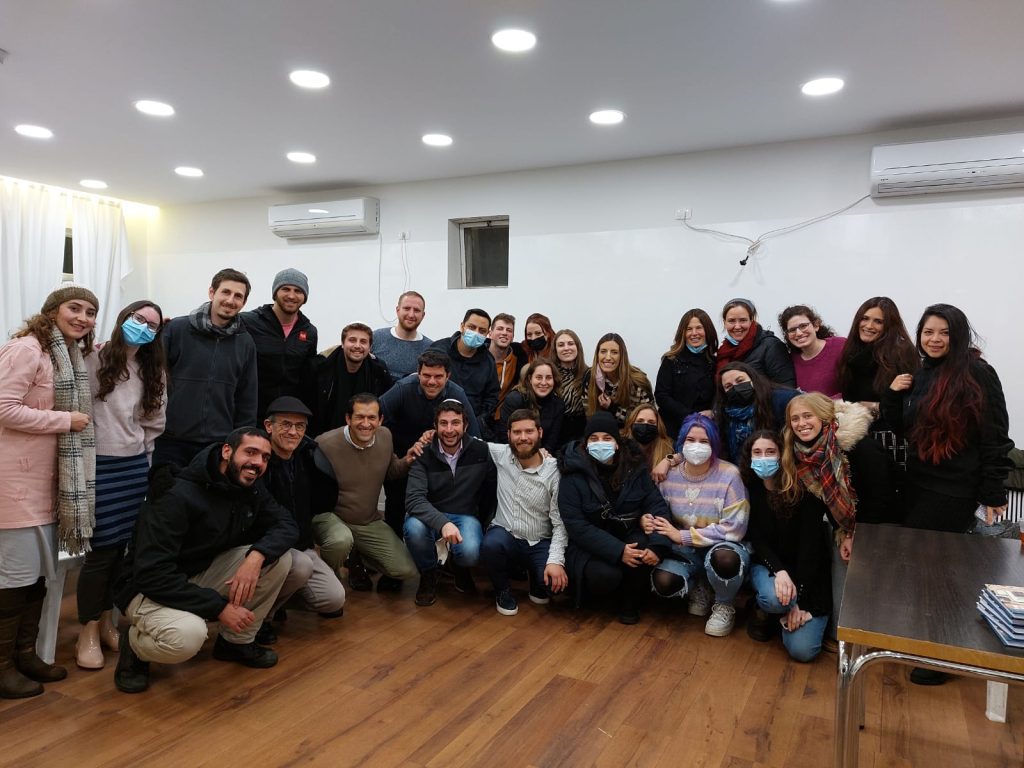 David Jadalovich arrived in Israel three years ago with a dream: to create a Khilh (social communication)And the Meeting space for those who need it. in Jerusalem , David found this possibility when he was called upon to direct Kehilá Latinaa space directed to all those Olims in Latin America.

David says in an interview with dawn. “We handle an average of 50 people per week in our activities. They range from small events, of ten people, to larger events, of 100.”

David is the CEO of Kehilá Latina since January of this year. Among his works, he deals with marketing, the most bureaucratic, and even relations with other institutions. “For example, we had an activity with an organization similar to ours for English-speaking youth”Says David, who is Colombian, and before arriving in Israel he passed through the United States.

Rosina Uruguay and two months ago began to participate in Kehilá Latina. “I found out through a Fitness Trainer Argentina participated in two siorim. I haven’t been in this space for a long time but I feel comfortable. There are permanent activities, now they were with a set of food to distribute“, Tells.

Another member of Kehilá Latina, Steffany, also highlights the community’s atmosphere and suggestion. “I met Latin Kehilá a year ago and I had The joy of meeting the best Latinos I’ve met in Israel‘, he tells us.

“There is an atmosphere of brotherhood, that we are all family. One does not fall for one another. If someone is in trouble, we rush to help. To me, they are like my family, and I am so happy to be a part of this,” Stephanie continues.

For David, the essence of Kehila is the commitment shown by her participants. “Everyone is motivated,” he explains, noting that there are few similar experiences in Israel. Even, “There was nothing like this in Jerusalem.”

Looking ahead, David understands that there are guidelines by which to grow, although he makes an effort to point out that it is growth within Kehila. “We don’t think too much about expanding Kehilá across the country, but rather in growing within it. Being older, you don’t just reach young people. We also have a full-time rabbi, today we don’t have one”Highlights.

However, Kehila Latina does not waste time and continues to add activities. Now, David tells that they are starting a big fundraising campaign from June 23-30. The idea, David explains, is to “get NIS 80,000.”

Another step in the growth of an organization that wants to bring opportunities for Israel to the Latin Olympus.