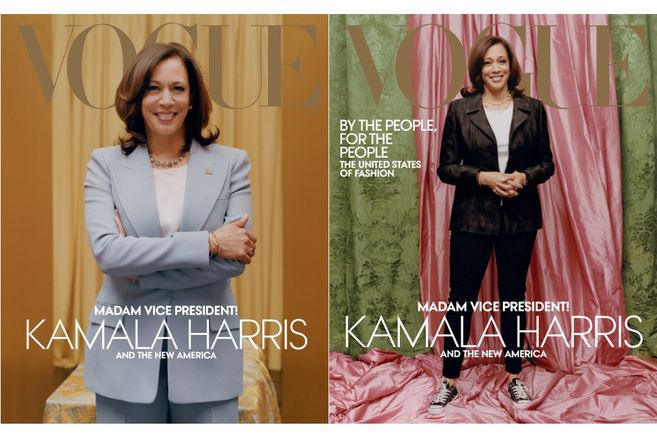 The Vice President of the United States team did not share the concept of the image used for the cover of the post. In addition, they say the magazine violated the agreements concluded in the first place.

A new issue of Vogue will be released in February dedicated to Cala Harris, Vice President of the United States. The reason for the controversy with the first cover is that it was considered disrespectful.

For its part, the Harris team was not satisfied with the image on the cover of the February issue, stressing that it was not what the parties had agreed upon. (We recommend: Kamala Harris and Jill Biden have chosen emerging designers from the US for the opening ceremony)

Instead of the light blue suit Harris wore while photographing her cover, the first African American woman elected to the vice presidency of the United States is seen wearing the casual uniforms and Converse Chuck Taylor sneakers, which she sometimes wore during the campaign.

The vice president’s team was not informed of the changes made to the photo, until the photos were leaked on Saturday evening. For its part, Vogue magazine expressed in a statement that the decision was taken by agreement, as they believe it reflects the essence of Harris. “Its authentic and accessible nature, we believe is one of the hallmarks of the Biden Harris administration.”

Harris had donned the light blue suit against a golden background for the cover of the magazine. The person close to the vice president said she also appeared casually in pants, jacket and sneakers against a pink-and-green background, for photos that were planned inside the magazine. The image that will be used in the new issue is not unpublished, but has been posted on the Internet to promote the issue. (You might be interested: This is how Lady Gaga and JLo’s performances were during Biden’s inauguration.)