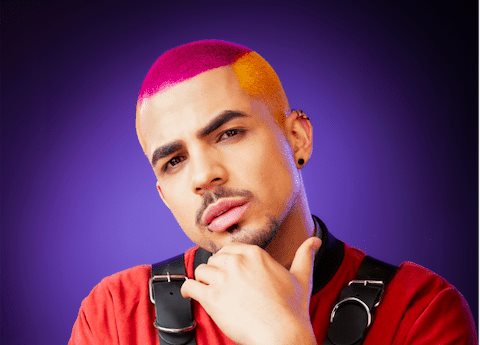 Playing “Drama Key”, tireless dreamer of music and main ally of “Charly Flow” Juan Palau, he captured all the followers of the number one series in the Colombian ratings, as well as conquering the national primetime and being a trend in social networks, released worldwide in More than 40 countries and dubbed in more than 20 languages.

The series, which captivates not only with its history, but also with its songs, took first place in the playlists on digital platforms, which is why the second part of it could not be an exception, in the ninety seasons it will be possible to see and meet new artists and talents in urban music, this is a platform in front of the world.
In addition to giving life to the key to drama, Juan Palau was part of the creative process for the songs his character would translate, and contributed to his songs with the musical experience that his career and career had given him. As the seasons go by, users will not only be able to enjoy their vocal abilities but will also be able to enjoy their music and success. “a soliloquy” The set roster for the victorious series will be accompanied with plenty of flow.

Juan Palau with “Drama Key” recalls his beginnings in music and his passion for reggaeton, the genre that accompanied him from the beginning of his career in the “Revolver” group and for six years as a soloist, with whom he is positioned nationally and internationally as one of the new faces of the genre. The artist was recently signed by Universal Music Latin Entertainment (UMLE).

Red Alert is already negotiating with Netflix to release a sequel, according to its manager 2 min read

Red Alert is already negotiating with Netflix to release a sequel, according to its manager