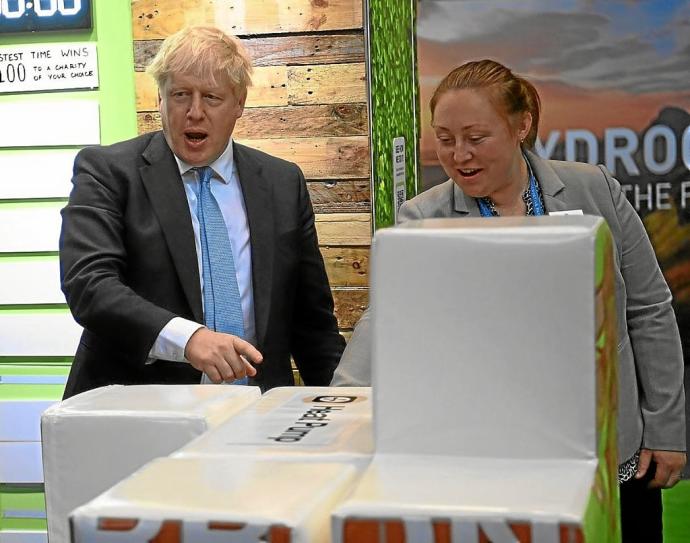 British Prime Minister, Conservative Boris Johnson, warned businesses yesterday of the need to adapt to a post-Brexit reality and seek to attract domestic workers rather than rely on foreigners, even if that means a shortage of supplies. Johnson argued that there was no labor crisis per se, no supply crisis – despite the fuel shortages at gas stations due to shortages of carriers and staff in sectors such as meat or hospitality – but the British economy was experiencing “squeeze”. A ‘Giant that rises’ will suffer after the hibernation of the epidemic.

In a statement, Johnson said the UK was “at a turning point” to leave a system dependent on “cheap and low-skilled” foreign labor in favor of an economy with high wages and high qualifications. BBC at the annual Conservative Party conference in Manchester.

“If you look at UK productivity, we’ve underperformed our competitors for more than two decades, and that’s because we have a low-wage, low-cost approach and companies ‘don’t invest’ in training or services,” he said.

The prime minister gave the example of the trucking sector, where he said that by not improving wages or investing for years in utilities for their well-being, they had run out of “any young people in the country who want to become a truck driver.” “This will change and it will be positive.”

world problem The leading He pointed out that the government received only 127 visa requests for transport companies, out of 300 requests it submitted with immediate effect to deal with the shortage, especially at gas stations, which in its opinion reflects a “global supply problem” of this kind. of professionals.

“We told the road transport sector: OK, give us the names of the drivers you want to bring (from abroad) and we will arrange their visas, we will give them 5,000 visas. And they gave only 127 names,” he said. to explain.

The Ministry of Transport later clarified that of the 127 visas that were processed, 27 of them are for tanker truck drivers and the rest are for food product carriers.

However, Johnson insisted that “global supply problems” – he noted – are “due to the strength of the global economic recovery” as restrictions were lifted due to the pandemic.

negotiate. Yesterday, the European Union finally approved the European Commission’s mandate to negotiate with the United Kingdom an agreement on the status in which Gibraltar will remain after Brexit. The European Union’s economy and finance ministers gave the green light at the meeting they held in Luxembourg, in a formal process only after ambassadors of member states gave the green light to mandate the negotiation on Friday.