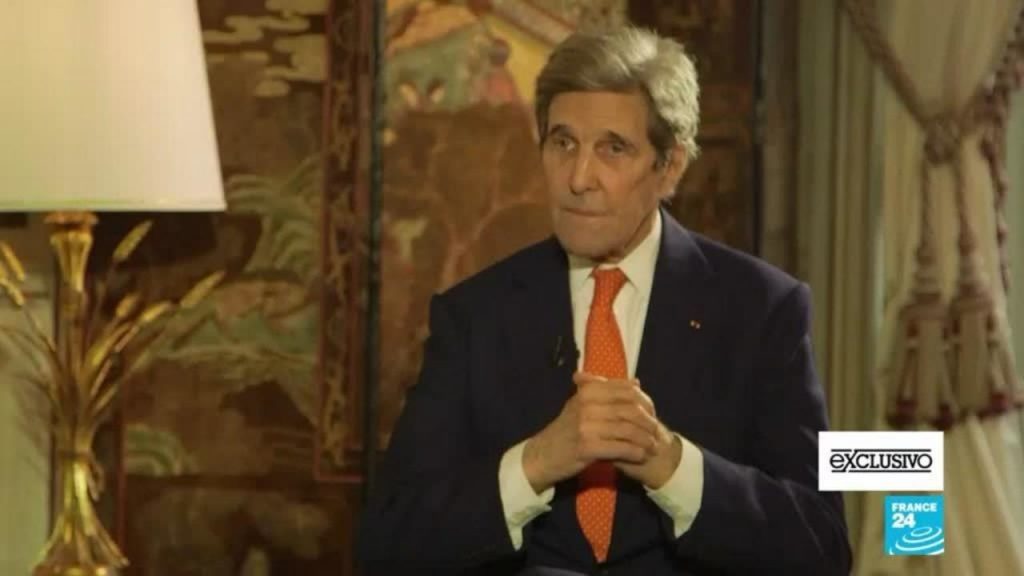 John Kerry, the US special climate envoy, spoke exclusively with France 24 from the US embassy in Paris and as part of his trip to Europe to relaunch his country’s commitment to fighting climate change. He stressed that with the election of Joe Biden, the American Union is ready to compensate for his absence in this field during the Trump era. In addition, he expressed his hope that the coming years would be a year of “decision and action,” and warned that “all countries should do better.”

Since his accession to the presidency of the United States, Joe Biden has kept his promise to return to the country for the Paris Agreement against climate change, and has promised comprehensive measures to stop the degradation of the planet. John Kerry described during his interview with France 24 as “unjustified” the country’s absence of commitment to the environment during Donald Trump’s presidency.

Kerry, who was the US Secretary of State at the time of the signing of the agreement, is currently on a European tour in order to create confidence among the signatories of the commitment that his country will once again assume the necessary tasks to defend the environment.

“Now it is imperative that Europe and the UK come together and that they are on the same page, we must coordinate our efforts. Our economies represent two of the largest economies in the world, in general, and I think it is very important that we know how we are going to get the most out of Glasgow. We are not here to point out. Countries, we are here to do the work according to what scientists tell us, not according to ideologies, not according to politics, this is about listening to science and responding so that future generations know we did what Kerry told France 24 correspondent Mered Dundas.

In November 2021, the Scottish city of Glasgow will host the United Nations Climate Change Conference (COP26). Before that, in April 2021, the US president plans to hold a global environment summit where he plans to clarify his administration’s position on the issue.

For many, there is concern that Biden made big commitments early on, an allegation Kerry rejected during the conversation.

“No, I don’t think I’ve been back much, too soon. He promised that we would participate, he promised that we would return to the Paris Agreement, he did so within hours of taking office, promised to take measures to get the government to move in this direction, and he issued executive orders. This is a government-wide effort. He promised to build and show leadership by targeting Glasgow. Glasgow is a pivotal moment for all of us, not only for America, Britain or France, but for the world. ”

In addition, it calls for the commitment of all countries to combat climate change.

“We must come together to fulfill the promises we made in Paris. Now, we are not. No one. The United Nations Framework Convention on Climate Change has made it clear: All countries must improve, they must increase their ambitions. That was the purpose.” Among the goals that have been set for Glasgow and this is the purpose for the next ten years. This should be a decision contract and a work contract, and all countries must increase their efforts. ”

During the conversation, he praised French President Emmanuel Macron for his work in Europe for the environment.

See also  'We're helping the US, now they have to help us': Afghan aides with papers tell CNN they need to evacuate

He did a lot, while Donald Trump pulled the United States out of that agreement, helping Europe improve. There were others, I wasn’t alone in it, but Europe did a great job, and I’m grateful for that, ”Kerry said.