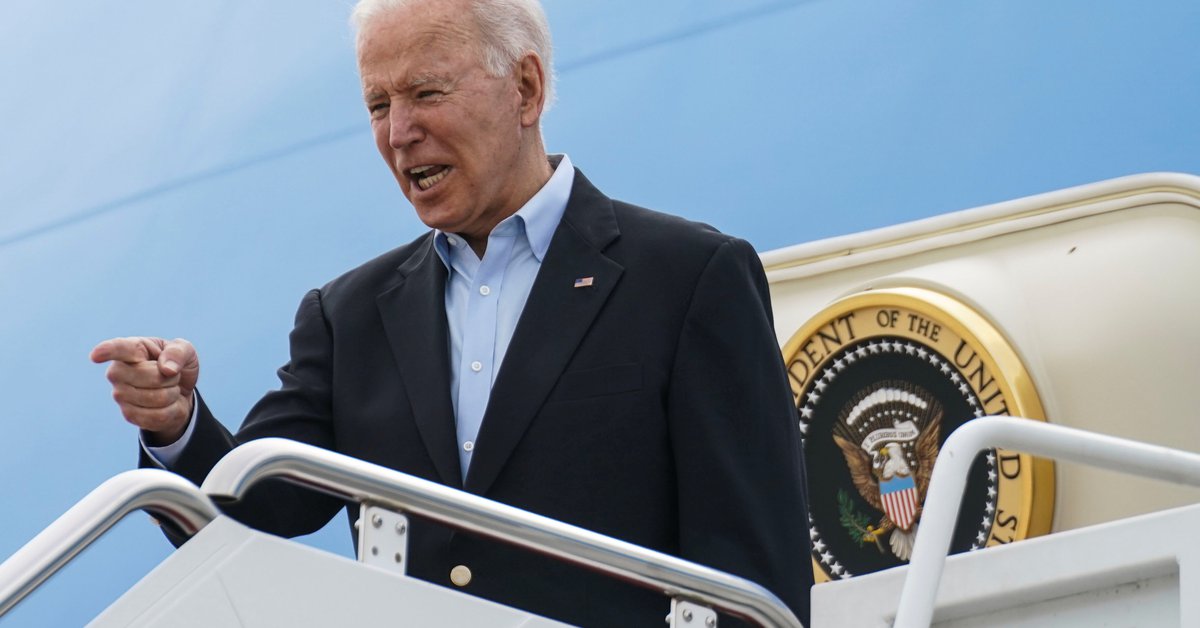 us President, Joe Biden, left Washington this Wednesday going to uk, the first stage of a European tour full of summits, especially of the G7, ahead of his first, much-anticipated meeting with Russian President Vladimir Putin in Geneva.

Before flying on Air Force One, Biden assured that The purpose of his visit would be to “make it clear to Putin and China that Europe and the United States are close allies.”

Biden took off on a presidential plane from Andrews Base outside Washington at 9 a.m. local time, shortly before 14 GMT, with his wife, First Lady, Jill Biden.

Tonight, the US president’s plane is scheduled to land in Cornwall, where he will meet with British Prime Minister Boris Johnson on Thursday before attending the three-day-long G7 summit starting Friday.

But before Cornwall, Biden will make the first stop at the Mildenhall base in the UK, where he will deliver a speech to US troops there.

The recovery from the pandemic, the fight against the climate crisis or the hegemony of China are some of the topics that will be on the agenda of the meeting. From this elite group of the most industrialized countries (USA, UK, France, Germany, Italy, Canada and Japan).

The next stop on Biden’s visit will be Brussels, where he will attend the summit on June 14 otani for “Reaffirm America’s Commitment“With the Atlantic Alliance.

A day later, he will express his commitment to European allies at a meeting between the US and the European Union (EU), which will focus on protecting the global health system, stimulating economic recovery and the fight against climate change.

Finally, he will travel to Geneva (Switzerland), where He will hold his much-awaited meeting with Putin on June 16, the first between the two since Biden arrived at the White House.

The US has said it wants “projected relations with Russia” and that it intends to reduce the temperature between the two, fueled by disagreements over Ukraine’s sovereignty and a wave of cyber attacks allegedly launched from Russian territory. is marked.

“My trip to Europe is an opportunity for the United States of America to organize the democracies of the worldBiden has previously given assurances, which repeat after coming to power, that the United States is back (“America is back”) and intends to engage fully in world affairs.

However, after Donald Trump’s tenure, allies “will receive these reassuring words with little skepticism,” says Susan Maloney of the Washington-based Brookings think tank. “Biden’s desire to be reunited with him must not only remove the scars of the past four years, but also pending questions about the health of American democracy,” he writes.

Much criticized for the delay in sharing its COVID-19 vaccines with the rest of the world, the White House is now trying to take the initiative in the matter. “The United States is committed to working on international vaccination with the same urgency that we have shown at home,” Biden said.

Washington has just announced that 75% of the 80 million doses of vaccines delivered overseas by the end of June will be distributed through the Covax delivery system. The latter was created specifically to ensure equitable distribution of vaccines in low-income countries.

The summit with Putin will be the climax of this first visit, which comes at a time when Biden is struggling at home with tensions between his own Democratic ranks.

With issues such as Ukraine, Belarus, the fate of jailed Russian rival Alexei Navalny, and cyberattacks, the debate is expected to get tougher and harder.

The White House, which alternates reconciliation messages and warnings, insists its expectations are modest. The only advanced goal is to make relations between the two countries “stable and predictable”.

(With information from EFE and AFP)