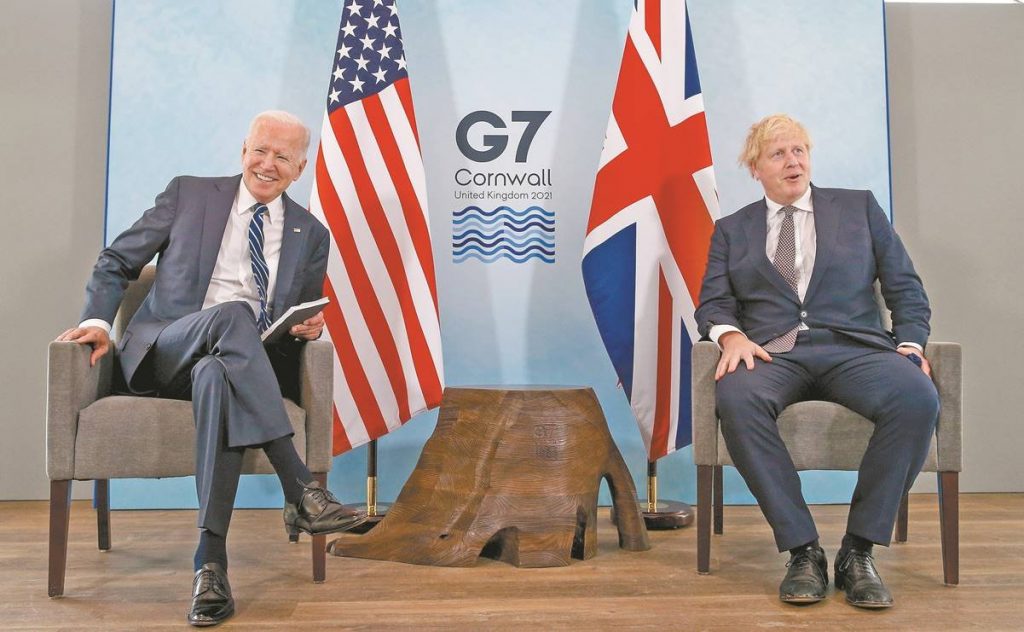 The White House said in a statement that Biden spoke by phone with Johnson, the first leader of another country to have spoken to him about the situation in Afghanistan since the fall of Kabul.

“Both agreed to hold a virtual meeting of G7 leaders next week to discuss a common strategy and approach” in Afghanistan, the memo said.

the United kingdomAlready announced, which holds the rotating presidency of the Group of Seven (the world’s richest countries), this Tuesday that Johnson intends to organize a virtual meeting of that group to assess the situation in the Central Asian country after the victory of the rebels.

The White House noted that Biden and Johnson “discussed in their call the need to continue close coordination between allies and Democratic partners on their future policy toward Afghanistan.”

He added that they specifically examined how “the international community can provide more humanitarian assistance and support to refugees and other vulnerable Afghans.”

The two leaders “highlighted the courage and professionalism of their military and civilian personnel, working together in Kabul to evacuate” the citizens of the two countries and the “Afghans who assisted” their forces during the Allied intervention in Afghanistan.

The call came shortly after Biden’s national security adviser, Jake Sullivan, admitted at a news conference that the US president had not called a leader from another country to comment on the situation in Afghanistan, despite multiple contacts that occurred between European leaders.

The Taliban took control of Kabul, on Sunday, after its fighters entered the capital without encountering resistance, and almost all the provinces are under their control, and after Afghan President Ashraf Ghani fled.

Read also Taliban pledge to respect women’s rights in Afghanistan; They claim they are not seeking revenge