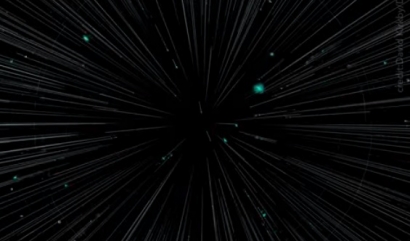 The research project, in which institutions from several countries collaborate, officially began yesterday and is expected to last for five years. According to him the villageOne of the Spanish research organizations participating in this initiative, during those five years, the so-called Dark Energy Spectroscopic Tool (DESI) will allow scientists to better understand the starting force of gravity associated with the dark energy produced by the acceleration of the universe’s expansion to enormous cosmic distances. DESI collects light, or spectra, from galaxies and quasars and measures their rate of recession. According to Hector Gil Marin, a researcher at the Institute of Universe Sciences at the University of Barcelona (ICCUB) and the Institute for Space of Catalonia (IEEC), “DESI will allow us to see about ten times as many galaxies as previously mapped and study the evolution of the universe from 11 billion years to the present.” “We know that the further away we are from an object, the faster it recedes, which allows us to build a three-dimensional map of the universe,” recalls Jill Marin, who co-directed the first analysis of galaxy maps.

Spectra measured by DESI are identical to those of the rainbow. Its properties, which include wavelength, provide information such as the chemical composition of the observed astronomical objects, their distance, and their relative velocity. As the universe expands, galaxies are moving away from each other and their light is transmitted in longer, redder waves. The farther away the galaxy is, the greater the redshift in its spectrum. By measuring it, DESI researchers will create a 3D map of the universe. It is hoped that this detailed map of galaxies will allow us to gain new insights into the influence and nature of dark energy.

Violetta Gonzalez Perez is a scientist at the Autonomous University of Madrid One of the coordinators for developing computer indexes for DESI galaxies: “It took us ten years of effort to move from device design to the moment when DESI starts collecting data that will revolutionize our understanding of the universe.”

Andreu Font Ribera, Cosmologist at the Institute of High Energy Physics (IFAE), co-director of the first analysis of the most distant quasars: “DESI is the leading tool for a new generation of international projects that will study dark energy from different angles.”

A promising start for a pioneering machine
The official start of DESI mapping comes after a four-month test period, during which the instrument measured 4 million spectrums of galaxies, more than the sum of all previous spectral maps. DESI was installed on the restored 4-meter-long Nicholas U. Mayall Telescope at the Kitt Peak National Observatory, owned by the US National Science Foundation and operated by NOIRLab. The instrument includes new optics, which increase the telescope’s field of view, and 5,000 automatically controlled optical fibers, capable of measuring spectral data of the largest number of astronomical objects simultaneously.

Otger Ballester, IFAE Engineer Which was part of the team developing pointing, focusing and aligning cameras for DESI, and is one of the Spanish contributions to the project: “What distinguishes DESI is not so much the telescope as it is the device. The instrument can detect light simultaneously from 5,000 different objects and obtain their spectra in just 20 minutes. “

As the telescope moves, optical fibers are aligned to collect light from galaxies reflected in the telescope’s mirror. From there, the light is directed to an array of spectrophotometers and CCD cameras for further processing and study. On a good night, DESI can record spectra of about 150,000 objects.

“The outstanding ability of DESI to collect spectra is also due to the instrument software,” explains Santiago Serrano, an engineer at the Institute of Space Sciences (ICE, CSIC) and the Space Institute of Catalonia (IEEC). Algorithms needed to steer the telescope. The researcher acknowledges the invaluable efforts of dozens of scientists in Spain and around the world, who made the tool and experiment possible.

Lesia Verdi, ICREA Professor at the Institute of Cosmology at the University of Barcelona: “The detection of mysterious dark energy properties is the main goal of DESI. We know that 70% of the energy content in the universe currently consists of dark energy, but we know very little about its properties.”

Dark energy determines the rate at which the universe is expanding, Green continues. When DESI looks at space and time, “we can simultaneously observe the universe at different times, and by comparing it, we discover how the energy content evolves as the universe ages.”

See also  Black Friday 2021: Pages to buy in the US from Mexico, Argentina, Colombia, Chile and Peru ATMP | the answers

Spectral Dark Energy Machine Collaboration
DESI is funded by the following institutions: US Department of Energy Office of Science; National Science Foundation of the United States; The Department of Astronomy is contracted by the National Optical Astronomical Observatory. UK Science and Technology Facilities Council; The Gordon and Betty Moore Foundation; Heising-Simons, the French Commission for Alternative Energies and Atomic Energy (CEA); The National Council of Science and Technology of Mexico; The Ministry of Science and Innovation, Spanish universities and member institutions of DESI.

DESI Scholars’ Message
“DESI scientists are honored to be permitted to conduct astronomical research on Lolkam Du’a (Kitt Peak, Arizona), a mountain of particular interest to the Tohono nation of O’odham.”