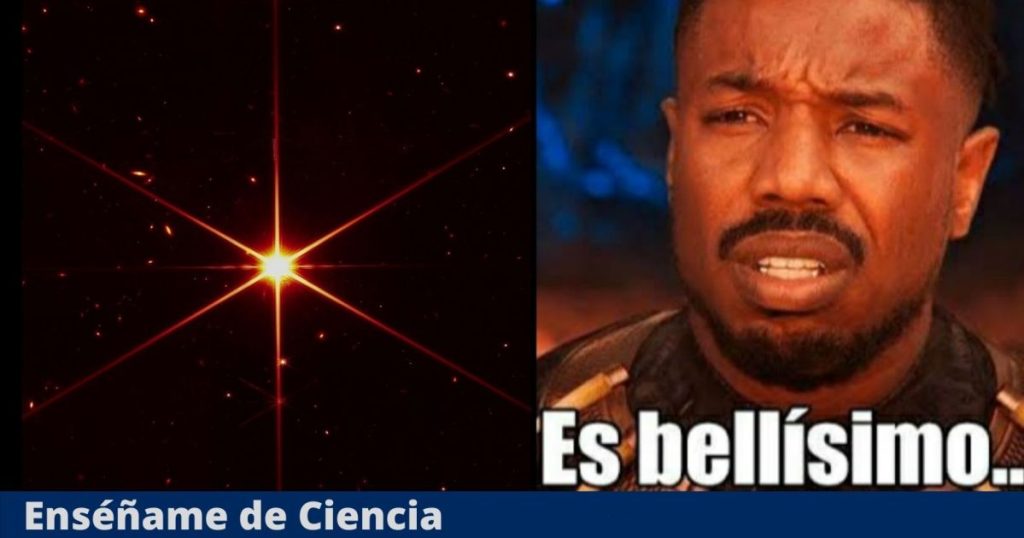 We can finally see the long-awaited sharp image taken by the most powerful telescope in history. A few hours ago, NASA showed new images from the James Webb Space Telescope Thus ensuring correct alignment and that all optical parameters are working as well as possible.

Webb’s goal in the image was to focus on a single bright star, but its optics are so sensitive that galaxies are visible in the background. This image is still part of preparing the telescope to align the mirror. We now know that everything is going well and the JWST is expected to exceed its science goals.

“We aligned the entire telescope and focused it on a star, and the performance is beyond spec. We are excited about what this means for science.” Ritva Keski Koha said in a statement, deputy director of the Webb Optical Telescope Element at NASA’s Goddard Center. “We now know we built the right telescope.”

The James Webb Space Telescope, also known as Webb or JWST, is an international program led by NASA and its partners, the European Space Agency (ESA) and the Canadian Space Agency. It was developed thanks to the work of more than a thousand scientists from all over the world, for more than two decades during which a series of difficulties had to be overcome.

The main objectives of this mission are: 1) Searching for the first galaxies or luminous objects that formed after the Big Bang. 2) Determine how galaxies have evolved from their formation to date. 3) Observe the formation of stars from the early stages to the formation of planetary systems. 4) Measure the physical and chemical properties of planetary systems, including our solar system, and verify the possibility of life in those systems.

Webb is designed to see infrared light, light that is just outside the visible spectrum, and beyond what we can see with our human eyes. Infrared wavelengths penetrate dust more easily, allowing you to see more clearly; In addition, it allows scientists to go back in time thanks to a phenomenon called redshift. This means that the telescope acts as a powerful time machine, during its scientific observations it will be able to capture the light that was traveling through space 13.5 billion years ago, when the first stars and galaxies formed on Earth. early universe.

Webb is now the world’s premier space science observatory, and is seen as a successor to the legendary Hubble Space Telescope, but not a replacement, as missions will be complementary as long as its instruments continue to operate. Webb is a nearly $10 billion engineering marvel that, when fully operational, will help us solve the mysteries of our solar system, look beyond to distant worlds around other stars, and investigate the mysterious structures and origins of our solar system. The universe and our place in it.