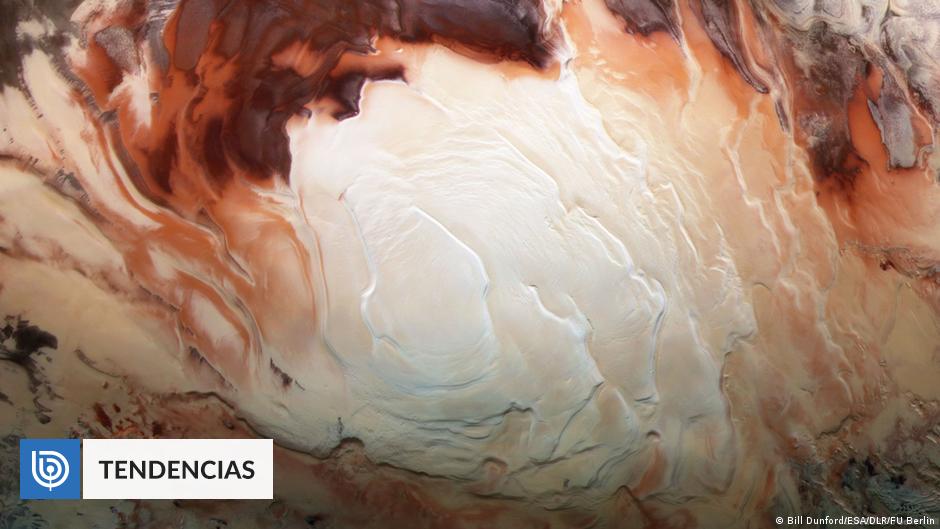 The bright reflections detected by radar under Antarctica Mars Underground lakes may not be liquid brine as previously thought, but frozen clay deposits, especially hydrated aluminum silicate, or smectite minerals, according to a new study published in Geophysical Research Letters.

So far, all previous work can only indicate the presence of holes in the scheme of the lake. We are the first work to show that another substance is the most likely cause of the observations.”said planetary scientist Isaac Smith of the Institute of Planetary Science and York University in Canada.

“Now, our work provides the first plausible, and most likely alternative hypothesis to explain Marcis’ observations,” he added.

For decades, scientists have suspected that water lurks beneath the polar peaks of Mars, just as it does here on Earth. In 2020, a team of scientists noticed something strange in data collected by MARSIS, the radar probe associated with Mars Express.

Under the south polar cover of Mars, there was a region that strongly reflected the radar signal. The team discovered that it was a large bag of liquid water, subterranean lake.

Scientists at the time noted that if these lakes were the remnants of water that were once at the surface, these reservoirs may have once supported life and could continue to do so.

However, according to Smith, given what is currently known about the Red Planet and how cold it is, the formation and maintenance of liquid water at this point on Mars may require an unexpected amount of heat and salt.

He explained that smectite clay is almost present 50% of the surface of Mars, with a higher concentration in the southern hemisphere, particularly in the southern highlands. Curiosity has examined the smectite deposits at the bottom of the ancient dry lake it is exploring.

“There was skepticism among the Martian community about the lake’s explanation, but no one offered a really plausible alternative,” Smith told Space.com.

“So it’s exciting to be able to show that something else can explain radar observations and show that matter is where it should be. I love solving puzzles, and Mars has an infinite number of mysteries.”

Regarding the abundant evidence of liquid water at the south pole of Mars in past times, more than 100 million years ago, Smith and his team believe that smectite clay may have formed at that time and was buried under the south pole cover.

Any loss of ice from the clay layer would be replenished from the upper ice sheet, or the frozen ground below, which is why it remains to this day, ScienceAlert reports.

The results match the MARSIS data

The team tested their hypothesis using samples of calcium montmorillonite clay, which is known to be abundant on Mars, freezing it until 230 K (about -43 °C) and a measurement of dielectric permittivity, the property captured by ground-penetrating radar. The results are in agreement with the MARSIS data.

See also  Ignacio Libes-Guy: "Society demands certainty and at times it has not been well understood that science is two small steps forward and one back."

“Science is a process, and scientists always work for the truth”Smith told Space.com.

“In the future, I would like to repeat the measurements even at cooler temperatures and with a more diverse range of clays,” he said. “There are other types of mud that have been found on Mars that I suspect can produce these reflections as well, and it would be good to track them,” he added.