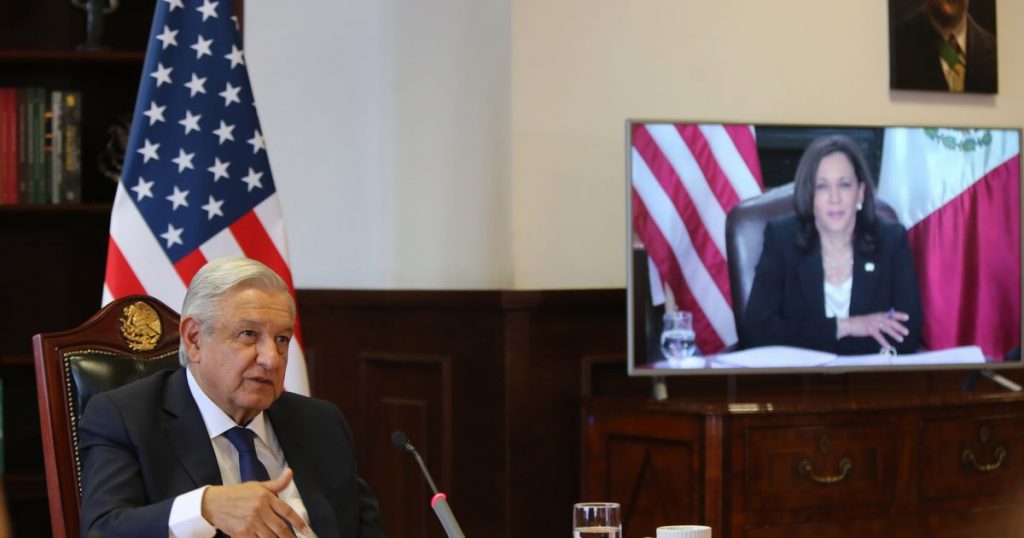 President Andres Manuel Lopez Obrador on Friday referred to a phrase he made during a meeting with his US counterpart, Joe Biden, about relations between the two countries, from which Kamala Harris, Vice President of the United States, has broken away.

This morning, the Mexican president had a virtual meeting with Harris, where they discussed immigration, the epidemic, and the economy, among other topics.

The US Vice President stressed that both countries share values ​​of dignity and respect, as well as bonds of friendship, and although their history is complex, “a fruitful alliance must be established and the progress made in the past should be strengthened.

He will meet the President and Vice President of Mexico’s Executive on June 8.

Biden appointed Harris in March As responsible for managing the flow of immigrants on the southern border of the United States, which has escalated dramatically since the arrival of both Democrats to the White House. The president said, “When he speaks, he speaks on my behalf.” Harris will work with Mexico and the Northern Triangle countries (El Salvador, Honduras, and Guatemala). The US Vice President said at the time: “There is no doubt that this is a difficult situation.”