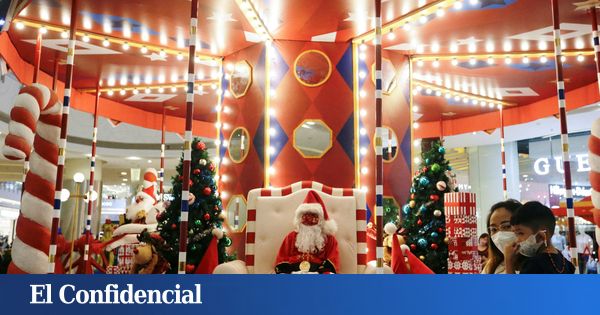 The Director-General of the World Health Organization, Tedros Adhanom Ghebreyesus, urged Caution about the Christmas holidays, In the context of increasing cases of COVID virus worldwide.

At a press conference on Monday in Geneva (Switzerland), the top leader of the United Nations World Health Organization was sympathetic to tired citizens, But he insisted that the fastest way to do it “Back to normal” It is “making the hard decisions that have to be made”.

Thus, I realized that, “in some cases” this would mean “cancelling or delaying” Christmas events. “But A canceled event is better than a canceled life. Better to cancel now and celebrate later than to celebrate now and sad later”The director of the organization said.

Maria Van Kerkhove, the epidemiologist who is leading the WHO’s response to the coronavirus, set an example by declaring on her Twitter account that her family “has taken The difficult decision to postpone the Christmas trip to the United States,” your country of origin.

“There is no doubt that the increased social mix during the holiday period in many countries will lead to increased cases, saturation of health systems and more deaths,” Tedros predicted.

On the other hand, Tedros noted that the omicron variant “propagates faster than delta variable”In addition, “people who have been vaccinated or recovered from COVID-19 are more likely to become infected or re-infected.”

WHO chief scientist Somya Swaminathan stressed it would be “reckless” to conclude from the first studies that omicron It is a milder variant than the previous one. He pointed out that “with the increase in the number of infections, all health systems will come under pressure and are already under pressure in many of them, including in Europe.”

Swaminathan noted that the variant is able to evade some immune responses, which means that booster vaccination programs being implemented in many countries must target infected people. weak immune system. “We do not expect that the effectiveness of any of the available vaccines will stop completely,” he stressed.

In this sense, Tedros stressed the importance of ending the pandemic in 2022, which is necessary in order to “end inequality, and ensure that 70% of the population of each country is vaccinated in the middle of next year.”

Tedros, who requested it, insisted “that 2022 be the year we put an end to the epidemic” ‘Disaster of the same magnitude in the future’All countries are investing in health systems that are “resilient, built on primary care, and universal health coverage as a goal.”

“When people cannot or cannot afford the services they need, individuals, families, communities and entire communities are at risk. Next year, the World Health Organization is committed to doing whatever it takes. Stay in your hands. to end the epidemic, And the beginning of a new era in global health, an era in which health is at the center of the development plans of all countries.