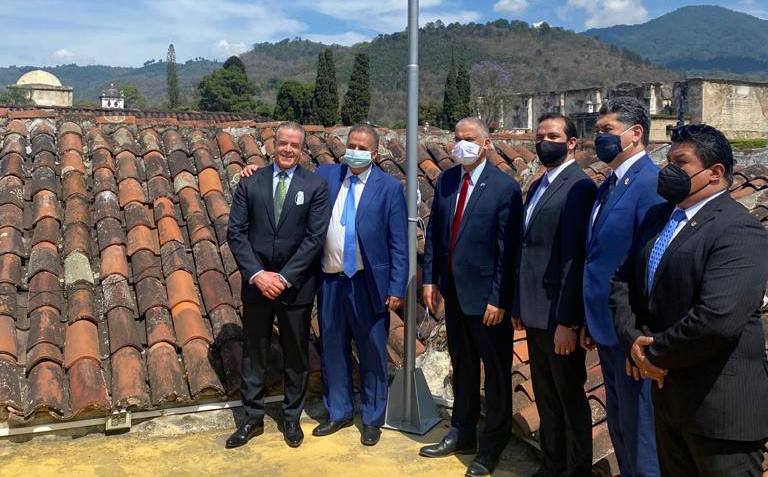 With the opening of a new honorary consulate in Antigua, Guatemala, The nation in Central America and Israel They have forged bonds of continuity, after a long tradition of diplomatic, economic and social understanding that has united them for decades.

On this subject, the specialist in energy affairs and international issues highlighted that Guatemala s Mexico They are strategic partners in Israel In the region and that “Israel realizes that the free trade agreement not only lies in reaching a large economy of about 130 million people, but also that it is a gateway to other markets such as the United States, Canada and Central American countries, which many Israeli companies consider target markets.”

He explained that through the Israeli Agency for International Cooperation (Mashaf), Israel has become a world leader in the fields of science, technology, innovation and medicine, “thus contributing to development in Guatemala On topics such as agriculture, water, education, health and public safety during 60 years of diplomatic relations, in order to seek to bring it down in Latin America.

About relationship with MexicoRocha Canto explained that since 2000, intense trade cooperation has been maintained as a result of the signing of the free trade agreement between the two countries. “Through this trade agreement, development is being promoted in areas such as technology, agriculture, cybersecurity, telecommunications and financial technology, in addition to the fact that in 2019, Israeli commercial and service investments in Mexico amounted to $ 1 billion.”

And Rocha Canto emphasized that Israel undoubtedly considers Mexico and Guatemala to be very important strategic partners due to their influence in the region, which opens the way for new trade and investment opportunities to reach the North and Central American markets.

This proved to be the opening Honorary Consulate, It will bring important benefits to the region and create strong trade and diplomatic ties that will lead to better living conditions and job creation, which will reduce immigration flows to United StateIt is a priority policy in government Joe Biden.