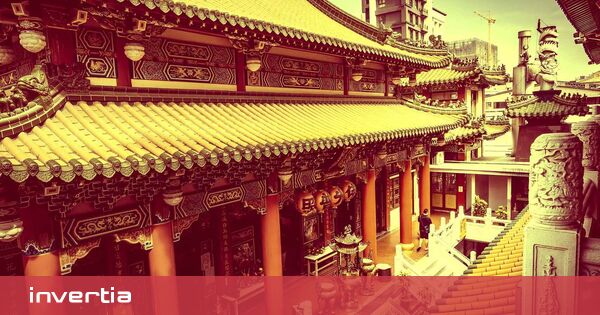 It’s been about two years since the coronavirus pandemic began invading everything. but nevertheless, We still can’t talk about a full recovery, particularly in the Asian region. In the latter case, the unfortunate situation may be due to the adoption of the so-called zero-tolerance policy against Covid, which resorts to closures to combat even the slightest outbreak. The question then arises is whether living with the virus can contribute to the recovery of the region’s economy.

According to virologists, Covid-19 is endemic, which means that it will continue to circulate among us for years. And therefore, The world has to learn to live with it, because eradication is currently impossible.

Similarly, the study temper nature He points out that the future will largely depend on what kind of immunity people acquire through infection or vaccination and how the virus develops. It is believed that in areas that do not tolerate Covid, there will be an ongoing risk of an outbreak. On the other hand, we are talking about human life. Moving to a “live with the virus” strategy in China, for example, could mean hundreds of thousands, if not millions, of fatal cases. Thus, the authorities are faced with a difficult choice: Save human lives or help the economy.

So far, the vast majority of Asian countries have chosen the first option and appear to have been better at controlling the virus than the United Kingdom and the United States. However, in terms of the economic outlook, the Asia Pacific region is expected to continue to underperform the United States and Europe.

Looking at the economic outlook, the Asia Pacific region is expected to continue to underperform the United States and Europe

The improvement in vaccination coverage in the region and the re-opening of the economy are expected to continue to gain momentum, thus helping the economy to recover. The only problem is that in addition to the risks of the epidemic, the largest country in the Asian region – China – is constantly facing attacks from Western governments.

Specifically, the European Union recently announced that it will impose additional duties on aluminum foil from the Middle Kingdom. The justification is that producers benefit from excessive and unfair subsidies. How will this affect economic growth in the region? Only time will tell, but it looks like the People’s Bank of China will once again have to ease its monetary policy.