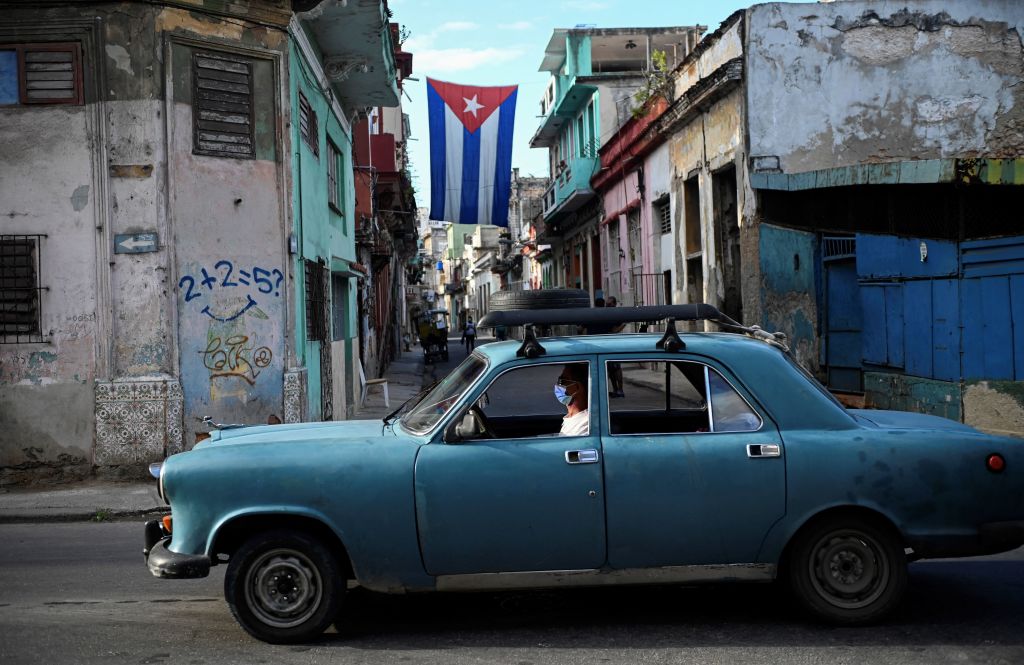 Editor’s note: Jorge Davila Miguel has a degree in Journalism since 1973 and has kept his profession going until now. He has graduate degrees in social information sciences and social media, as well as postgraduate studies in international relations, political economy, and Latin American history. Currently, Davila Miguel is a columnist for the El Nuevo Herald, on the McClatchy Network, and a political analyst and columnist for CNN en Español. Comments in this column belong exclusively to the author. See more at cnne.com/opinion

(CNN Español) – CNN Opinion’s clever editor Paula Bravo asks me answers to the questions in this title. And I go to work. Confusing, but directed. Tired but optimistic. Brave, but cowardly. Would it be possible to provide a reasonable standard with such contradictory premises? Will there be an opinion that makes this column fair?

I am not afraid, because in Havana, Miami, and Washington, where the Cuban reality is “set”, they also live captive to contradictory hypotheses, and their results are often unsuccessful. But let’s start.

Washington, with its Cuban policy, identifies the other two cities of conflict. Because from there the trade embargo is imposed on Cuba, which Havana hates and Miami loves. The Cuban government aspires to compromise with Washington, while it despises Miami, because it prefers to talk with “employers” and not with “employees”. But this analogy, though captivating, is neither accurate nor good, for it was only the Miami exiles who managed and achieved the tightening of the ban until its present form in the first half of the 1990s. The Cuban-American National Foundation, then led by Jorge Mas Canosa, made two laws: Torricelli (1992) and Helms-Burton (1996), which is why Cuba began its protest before the United Nations for 29 years (1992), and won great victories in that forum. ignored by the United States.

Is it the beginning of a new era?

No, because the political peculiarity of the Cuban government, and the Cubans who support it, are fundamentally opposed to opponents and exiles, showing exactly the same polarization and hatred as it was 60 years ago. Both consider themselves the possessors of the ultimate truth about the nature of things, among which is Cuba, and therefore are morally superior. And neither of them, even if they repeat it, are primarily interested in how those below see things. In light of recent events, I don’t see “new era” elements. Because both Havana and Miami prevail extremism. And for both, nationality, being Cuban, their simple opinion, not perfect, but always on time, means absolutely nothing, if you disagree with someone’s opinion. “Worms” and “clarias,” exiles and communists insult each other, without understanding that the true Cuban drama is that the Tyrians and Trojans are, in essence, the same thing. Two opposites meet, and despite their distant ideology, they end up being the same.

Take, for example, “continuity”, a political-ideological principle in Havana, one of the articles of faith. It is not really known what it means or how far this continuity will go. Only indicates fidelity to the past. At the time, when Fidel Castro lived and ruled, he was a statesman who played with the political possibilities of his day to the point of nausea. First because it was a period of global social confrontation, second because it had Soviet support for its unregulated economy, and third because it was simply Fidel Castro. It was there, it was alive, it was First in equals, which is universally admired and despised by the Tyrians and the Trojans. His influence and leadership extended far beyond Cuban borders. Which well-fed government bureaucrat could be the equal of Fidel Castro?

But the thing is, “continuity” also prevails in Miami. Without calling it as in Cuba, but it does exist. The political heir of those who left Cuba at the beginning of 1959. Almost nothing remains of the later exiles who defined the exile as less authoritarian, more liberal, more enlightened, pluralistic, or simply democratic. Nothing has changed in purpose or method. If Armando Pérez Rora, the late anti-Castro radical, was filmed on Radio Miami and aired 30 years later, the message would make no difference. Radio listeners will be thrilled, and will again, like Willy Chirino, believe that the end of the Castros is coming, only to be disappointed again, soon after, as happened last November 15 and the failed Cuban. The last apocalypse of many predicted that they would end Cuban communism, and this, without change, also failed.

Surprisingly enough, Washington would be excited about the “continuity” of communists and Cuban exiles, because after 60 years of embargo, what happens to him is that he invents more of the same. With the exception of Barack Obama, whose politics opened the doors of understanding, but the Cuban government was afraid because it believed that imperialism wanted to infiltrate the kitchen. And exile rejected him because he was also afraid: the Cuban solution was peace, not a bloody defeat for the Cuban regime.

The seed of change

Every human society is constantly changing, and so is Cuban society. In fact, it has changed with the social and economic measures promoted by Raul Castro, insufficient, but indicating where one can go, and this was the response of the Cuban population to it.

The fundamental problem of the proper handling of all seeds, even in economic and social matters, is the knowledge of how to grow them and the freedom to exercise this wisdom for a profitable end: the well-being of the population. There are no roadmaps in substantive development, and less likely is the desire to reach a glorious end in which the fruits of the seeds agree with the party’s political-ideological agenda. In the Cuban case, we can see that, in addition to the epidemic and the American embargo, the implementation of monetary unification was not at all happy, and the modernization was carried out without the necessary precision, after years of slow meetings and government decisions.

For all of the above, the seed of economic change is there, but it is imperative that gardeners know how to allow it to become fruitful. And if productive change takes place, then the seeds of the already promised socialist state of law must have the same principles of care, and the freedom to bring it about. Because man does not live on good food alone. This is the end of any government with the people and for the people.

Will we see Cuba change?

The desire for change exists, and the need also. Everyone expects that from the current situation, the difference is how much they want that change, depending on their political conviction.

There will be at least four basic paths, with some variables each being a long time to consider.

The latter is largely based on what has happened before in two distant geopolitical theaters: Ukraine and Taiwan. As is known, Russia and China, which threaten these lands, advocate a multipolar world – in contrast to the current unipolar world where the United States exercises planetary hegemony – for each pole in its sphere of influence, defined by military power. If the multipolar world arrives, which would reduce Washington’s planetary importance, we already know what the US sphere of influence will be.

I do not know what is the catalytic situation that could facilitate the cooperation between the Cuban government and the exile. At the moment, it seems like a fairy tale, but sometimes the future is hidden in the folds of reality.

And for the Cuban government to develop, to be able, not only to define in countless meetings of the Communist Party how it wants Cuba to be for its rule, but to listen on the ground, to the reality of ordinary Cubans and is able to advance the country despite the economic embargo. This is not an easy thing, but if we were to achieve it, even just a little, we would have, for the first time in our history, stopped relying on a foreign government.

With regard to the evolution of Biden’s policy toward Cuba, we must consider the president’s poor standing on the national and international scene. That “Cuba is not a priority” would be a very likely answer, as well as a real answer to the situation in the United States.

So, Paula, we’re done with the exercise in how many words are given. I hope they deserved it, and without a doubt, I firmly believe that we will see Cuba change, although I very much hope that it will not be for the worse because we know, unfortunately, that this is a path that has been taken so much.