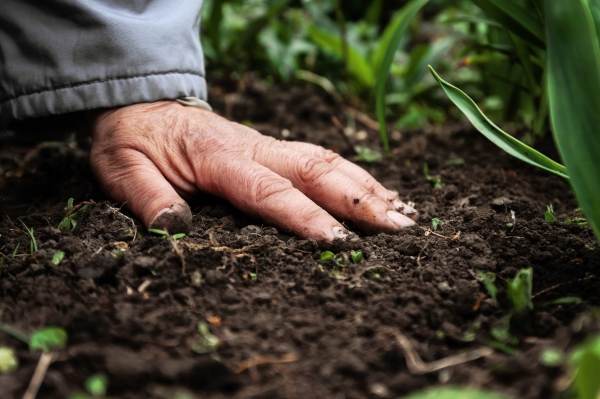 Agriculture accounts for one-third of the world’s greenhouse gas emissions. At the same time, agricultural land occupies more than half of the Earth’s surface. Carbon farming is a promising solution to climate change, which will also help countries fulfill their obligations under the Paris Climate Agreement and contribute to the stabilization of global warming.

Research has shown that the use of methods promoting carbon sequestration in the soil allows farmers to increase the resilience of their farms to the variability of the weather and environmental influences. There are various methods for storing carbon in the soil, and farmers can use them and take crops protection measures to make the farm more environmentally friendly and productive.

What is carbon farming?

Carbon farming includes many farming methods that store and increase the amount of atmospheric carbon in the soil. Many of the applied practices are used in various agricultural approaches, including regenerative agriculture and organic farming. Plants absorb carbon dioxide from the atmosphere during photosynthesis, and after they die off, carbon either remains in the soil or is released back into the atmosphere.

Cover crop cultivation helps retain carbon in the soil because the land is not bare after harvest and until the next one is planted. In addition, it is recommended not to remove the remaining biomass from the field but return it to the soil in the form of mulch. Traditional tillage methods to retain carbon can be replaced by conservation tillage, mulch farming, or no-till practice. Crop rotation is also an effective solution to reduce emissions.

All of these practices can be applied together on the same farm. They will be effective and will work in most arable land. Scientific and technological advances help to increase the sustainability of agriculture. The real obstacle to changes in the agricultural system and the introduction of new practices are economic, social, and political factors.

The main goal of carbon farming is to reduce emissions, but the methods used can help solve other problems. One of the main advantages of this type of agriculture is soil restoration, protection from erosion, and nutrient runoff, which will lead to higher yields. These methods can also purify groundwater and enhance biodiversity.

Carbon farming helps get more crops with less pollution while maintaining soil health and retaining carbon dioxide. This practice can make a tangible contribution to the fight against global climate change, and it’s crucial to implement it on most existing farms. For the large-scale use of carbon farming methods, this endeavor must be encouraged.

Research shows that the world’s agricultural land can store billions of tons of carbon dioxide in the soil every year. However, there is no unequivocal opinion about which methods are the most effective. In addition, agricultural practices and their effectiveness can vary depending on the type of soil, region, weather conditions, crops grown, and time.

It also remains unknown how long carbon farming methods can be applied and how much yield can be reduced. There is also no consensus on how to measure the amount of carbon dioxide retained in the soil. Uncertainty complicates the design of a carbon offset program. In addition, the pressure of economic, political, and environmental factors leads to an overestimated result and the issuance of numerous off-site loans.

It is also important to note that farmers can negate all gains in carbon sequestration if they first carry out this practice for a few years and then stop. That is, if you use a non-tillage method and then plow the land a few years later, all your previous efforts will be wasted. According to several researchers, the best way to support farmers, in this case, would be to pay them to practice methods to improve soil health. Thus, you can reduce the impact of farming on the environment.

Carbon farming includes various practices designed to improve soil conditions and reduce the impact of agriculture on the environment. This practice can help reduce emissions if implemented universally. There is no consensus about the methods and effectiveness of this farming on different types of soil, weather conditions, and regions. However, the research is continuing, so this practice will possibly get more proof of its importance.