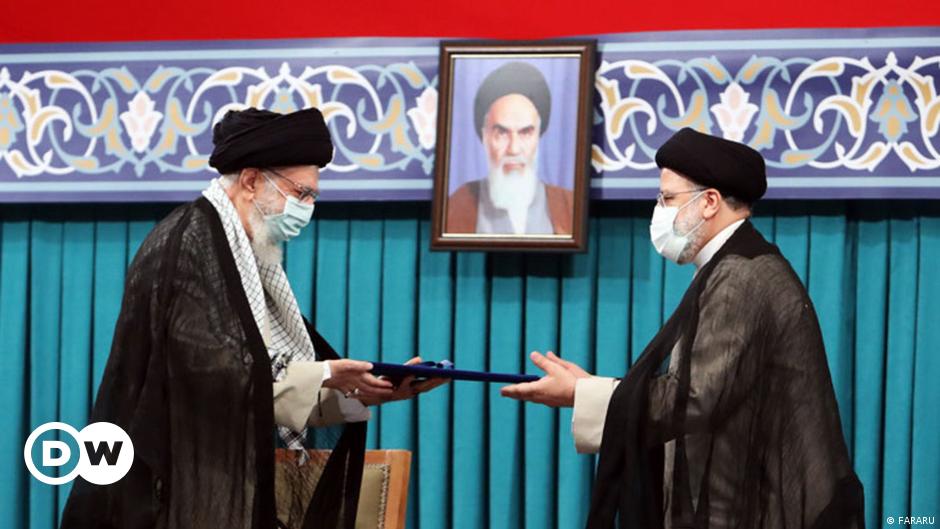 Raisi has been given the task of lifting an economy mired by US sanctions and the pandemic and re-launching negotiations to salvage the international agreement on its nuclear program.

The winner of a June presidential election marked by a record abstention and several disqualifications, Raisi takes over from moderate Hassan Rouhani, who ended the nuclear deal between Iran and major powers in 2015 after years of tension.

“We will, of course, seek to abolish harsh sanctions, but we will not bring the economy and the population’s needs into line with the will of foreigners,” the new Iranian president stressed in a speech broadcast on state television after the inauguration ceremony.

Negotiations with the West to salvage the 2015 nuclear deal, which have been suspended due to the handover of power in Iran, seek to bring the United States back into the nuclear deal and lift its sanctions on Tehran and the Islamic Republic. Once again comply with all of your obligations.

Raisi’s supporters in Tehran celebrate his election in June.

The former head of the judiciary, Raisi, 60, officially begins his four-year term after Supreme Leader Ayatollah Ali Khamenei approved his election. “Based on the choice of the people, I see the wise, diligent, experienced and popular Ibrahim Raisi as the president of the Islamic Republic of Iran,” the Supreme Leader wrote in a decree read out by the chief of staff.

After a short statement from the new president, Ayatollah Khamenei intervenes in a ceremony in which only a limited number of officials were invited due to the pandemic. Raisi will be sworn in on Thursday in Parliament, and in front of him he will have to present his candidates for ministerial positions.

Raisi’s presidency will enshrine the dominance of the conservatives after their victory in the 2020 legislative elections. “I have great hope for the country’s future,” Raisi said, according to a statement from his office. “It is possible and achievable to overcome the current adversities and limitations by ‘reliance’ on the Iranian people,” he added.