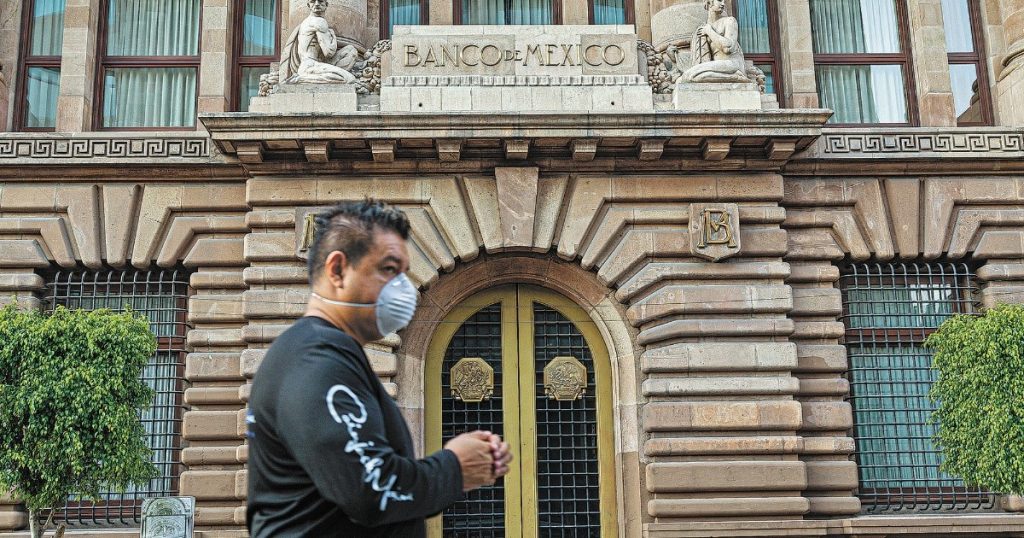 Ricardo Aguilar Abe, chief economist at InFX, warned that US consumer inflation, which is at a 31-year high of 6.2%, added pressure on the Federal Reserve to expect an interest rate hike.

He commented, “If this trend of pressure on inflation continues, the Federal Reserve can tighten its monetary policy by pushing the rate increase, which will lead to a significant adjustment in the stock exchanges.”

The specialist also noted that “in a few and more times at these high levels, annual rates of inflation in Mexico and the United States reached 6.2% in October.”

This context fueled his expectations with the unanimous vote on the monetary resolution of the Banco de México Board of Governors, which will be completed this afternoon.

As mentioned, the decisions to raise prices were made in June, August and September, which amounted to 25 points each, by majority, the first two from three to two, and that was in September from four to one.

Ricardo Aguilar Abe, chief economist at Invex, warned that it would be very important for the five members to vote on a rate hike in line with the Bank of Mexico’s constitutional mandate, which is to preserve the purchasing power of the currency.

From New York, the chief economist for Mexico and Canada at Bank of America Securities explained that Banco de México will have to raise interest rates one by one with the Fed.

According to Moody’s Analytics, the strength of Banxico’s position in the face of inflation and deflation leaves no room for doubt. It should run above a quarter of a point in November.

“It should not just work until monetary conditions operate normally. It is also to avoid a backlash from the markets to start tapering and the risk that a US rate hike will come forward.”

From Philadelphia, he explained that the rapid normalization of the monetary stance is the “vaccine” to be in a position to meet the emergency that arises from the markets when the Fed’s cut starts buying securities at the end of this month.

Coutinho explained that the base scenario would be a 50 basis point interest rate hike this afternoon and optimism by 75 basis point. This will raise the rate to 5.25 or 5.50 percent.

Experts from BofA Securities and Goldman Sachs do not rule out that persistent inflation and the impact of the US monetary decision may push Banco de México to bring monetary policy closer to a tightening.

The strategist at BofA Securities has predicted that prices in Mexico will continue to rise and there is a possibility that they will reach above 7% in 2023.

While a Goldman Sachs expert estimates it could reach 6.25 percent.

According to Ramos, the tightening of financial conditions along with the tapering and eventual increase in the US interest rate will also push the central bank to move from neutral to slightly restrictive mode.

Thursday’s monetary announcement will be the penultimate scheduled for this year and will also be a prelude to Governor Alejandro Diaz de Leon’s final participation in central bank decisions. The official has been consistently involved in rate hike decisions since June.