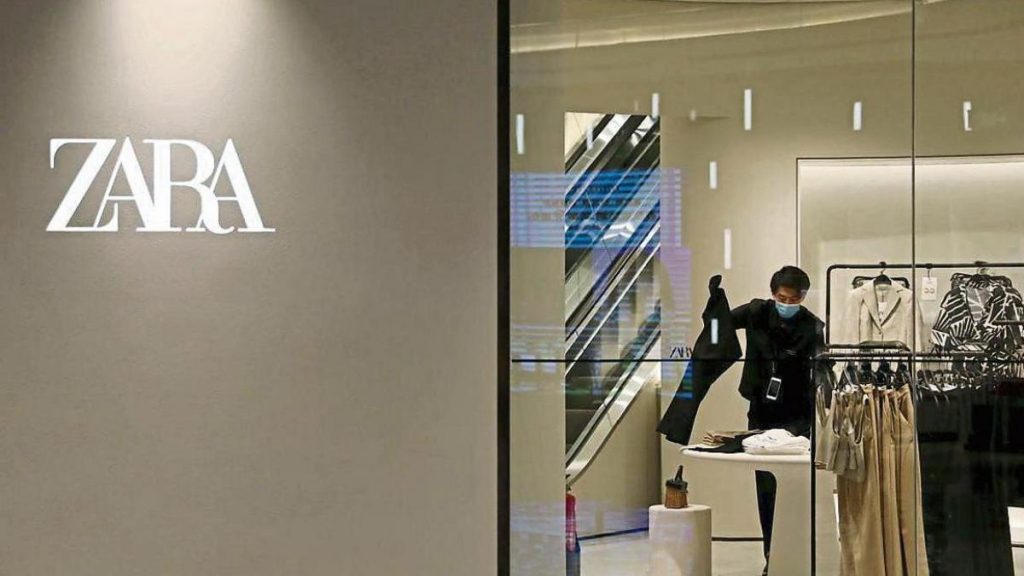 Inditex beat the pandemic with a note, in both sales and profits. During the first semester of this year (between February 1 and July 31) it issued invoices worth €11,936 million, up 49% over the same period in 2020; It achieved a net profit of 1,272 million, compared to a loss of 195 million in 2020. These numbers represent a historic record of sales, profits and cash generation in the second quarter of the year, as business volume grew by 7%. Same period in 2019.

This is the data obtained in an environment where there are 15% fewer hours available (-6% in the second quarter), due to shutdowns and restrictions on approved capacity at various locations due to the pandemic.

On the other hand, online sales continue to grow significantly, reaching 36% at constant exchange rates higher than those recorded in the first half of 2020 and 137% higher than in 2019, in the pre-virus phase. The company calculates that online sales will exceed 25% of the total within this year.

“Inditex is accelerating the process of differentiation and sustainable strategic transformation of its business model,” said the company’s president, Pablo Isla, when presenting the results. He also noted the integration of Uterqüe into Massimo Dutti that will take place over the next year, within what they propose as a strategy for anticipation and digital transformation.

In this way, the entire range of Uterqüe products, totaling 82 stores, will be closed throughout 2022 and will be available in Massimo Dutti stores.

“We believe it will give it more exposure in different markets,” added Isla, who is seeking to take full advantage of Massimo Dutti’s penetration and projection in international markets, such as the United States, Canada, Mexico or Turkey. Years. It’s a strategy, already started with Zara Home and Zara, to take advantage of the synergies between the brands.

Regarding store integration, Isla cited two examples. One of them is the 5,000 square meter store on one floor that Zara will open in La Défense And In Paris . The new store is a renovation and expansion of the existing store, and will include the Zara Home space, adding the old Pull & Bear space. For her part, Pull & Bear moved to another store and stayed in the mall, and Bershka took over the former Zara space.

The second example is located on Calle Preciados in Madrid, where there are currently the Zara department store, the Pull & Bear department store and the Stradivarius department store. Two years ago, they renovated and expanded Zara by adding the Bershka store, which was next door and was smaller. Now, it’s been two weeks since they opened a file Main From Bershka on the same street.

On the other hand, it has also been announced that, as of September 30th, Zara Man will be launching a new range of men’s sportswear. Zara Athleticz is built on the principles of simplicity, comfort and functionality, with designs that can be adapted to the practice of any sport.