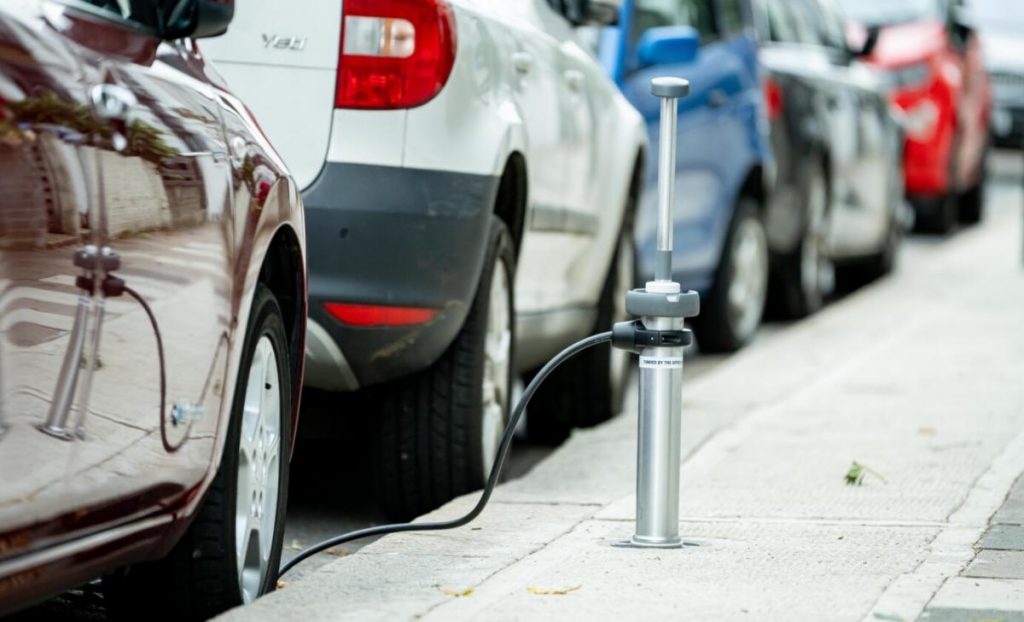 If in the perfect future 100% of cars are electric… how can we charge them all at the same time, in rush hour?

Let’s put ourselves in a best-case scenario and assume that in a few decades, 100% of the vehicles in circulation are electric.

This raises the problem of recharging. True, it will be partially mitigated, because many people will recharge the car in the garage at home or at work. But like now many drivers don’t have a garage and leave their car on the street, There will be many electric cars that cannot be recharged at home.

These millions of vehicles will have to do it on the street or in electric station. The problem is that unlike a combustion car that barely spends 5 minutes refueling, An electric car needs at least half an hour to charge sufficiently.

Charging points or electrical stations They won’t have enough places to supply millions of cars They need 30 or 60 minutes to recharge.

The touchscreen car radio and rear parking camera allow you to make hands-free calls or watch movies and other content on the screen.

One solution is Install charging points on the street, or in parking lots. But whether it’s a pedestal, a column, or a socket in the street light, it takes up a lot of space. Not many can be installed in one street.

This is why the British startup’s proposal is so interesting Trojan Energy. This company is already testing Invisible chargers.

it’s about Some power outlets that run under the sidewalks, and is accessed through holes at ground level that do not disturb you and can be walked over:

Each user has their own charger key, which is in the trunk. It looks like an air pump, as you can see in the news editorial photo.

The charger is called Spear, inserted into the outlet, plugged into the car socket, and recharged.

Lanza connects to the Internet and adds consumption to the user’s account, which will have to pay the corresponding fee.

The car can be left charging at night or while the user is shopping or going to watch movies, for example. Recharge to 7 or 22 kWh.

Trojan Energy is already testing 5 of these invisible chargers in London, and By the end of the year they hope to have 150 in the Brent and Camden neighborhoods. At the moment, already 144 users of electric cars They signed up for the test.

The conductors are connected to each other and run, in groups of 15, through an electrical terminal that can be located 100 meters away.

these Troyan Energy Invisible Chargers It appears to be a very effective, practical and not very intrusive technique. Surely, solutions of this kind are the ones that get implemented in the end.