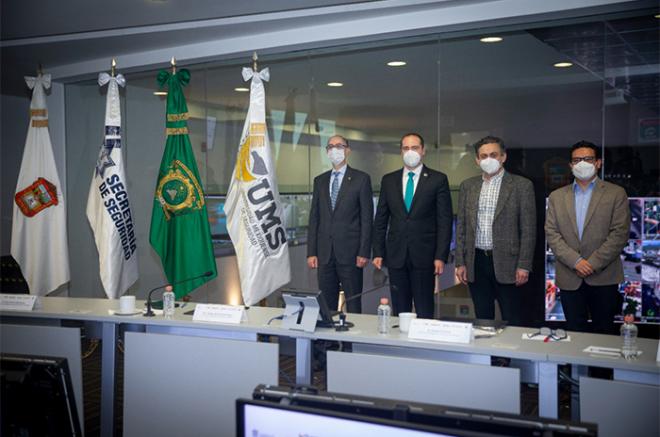 dean Autonomous State University of Mexico (UAEMex), Carlos Eduardo Barrera Diaz attended the C5 Center for Control, Leadership, Communication, Computing and Quality, where the “Edoméx Dialogues” are held As part of the program “October is the month of science and technology in the State of Mexico”.

A student of #UAEMéx participated in a similar mission to Mars

At the event, where they participated, the Director of the State Council for Science and Technology (Comecyt), Bernardo Almaraz Calderon and the Minister of Security of the Government of the State of Mexico, Rodrigo Siegfried Martinez Seles Wagao, It has been emphasized that general problems can be addressed with better results if this is done through dialogue, analysis, reflection and contributions from the scientific community.

As part of the activities dedicated to the month of Science, the Mexican Autonomous participated as the headquarters of the “Chairs Board and the Residence of Edoméx: Cities” and this Saturday will organize the “Democratization of Science” show At Redalyc facilities, in Ciudad Universitaria. The full program for “October, the month of science and technology in the State of Mexico” can be reviewed at: comecyt.edomex.gob.mx