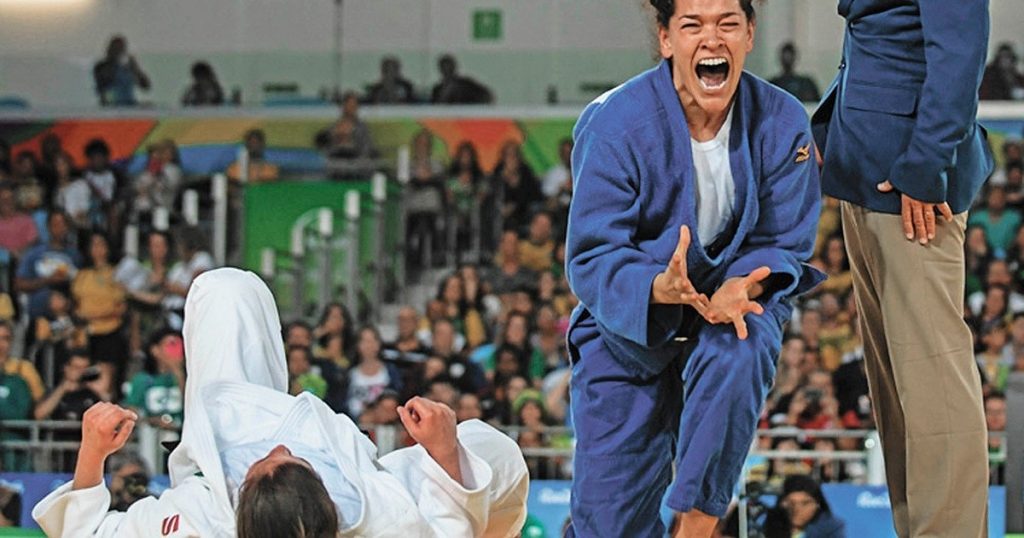 Seeing Mexico’s historic medal table at the Paralympic Games, great-grading sports like judo, which has accumulated five medals, overshadowed 196 for athletics or 67 for swimming. This is not a problem of the quality of athletes, but a problem of changing generations.

Eduardo Avila and Linea Ruvalcaba, judokas representing Mexico at the Tokyo Games, are responsible for promoting this sport for our country. They began harvesting medals in Beijing 2008 and did not stop; Among them, they received five medals for the delegation. However, Ruvalcaba estimates that if they do not participate in the Paris 2024 edition, he does not see a generational change that could replace them, at least until the 2028 Games.

“It is a complex and somewhat sad topic, the lack of promotion and interest on the part of people to develop judo. It is difficult all over the world, the problem of people with disabilities is that they all go to athletics or swimming, which is the most,” Ruvalcaba said in an interview with El Economista, It is popular among the disabled.

The double medalist suffers from astigmatism and nearsightedness, among other ailments in her left eye, which lead to visual impairment. Judo at the Paralympics is intended exclusively for visually impaired athletes and is one of two martial arts in the Tokyo program, along with the debut of the Paralympics. Although ratings are assigned to contestants based on the severity of their visual impairment ranging from B1 (total blindness) to B3 (low vision), events are broken down by weight rather than degree of disability, thus all ratings compete according to vision degree. Each other is used and masks are not used.

Lenya explained that getting a blind or visually impaired judoka is complicated, because training, for example, for completely blind people is very descriptive.

“You have to do some training so that people know how to teach, because (for the blind) it is quite descriptive, and it is a little more stressful when sometimes a person is not very receptive or does not start judo from a young age (…) I hope we can Doing some kind of courses, inviting people to meet, going to blind foundations all over the country, of which I know there are a lot of, and I hope they will give us the entrance to continue promoting Paralympic Judo in the blind and the visually impaired.”

Despite the fact that Linya finds little promotion for modified judo, she has established herself as one of today’s greatest Paralympic references: she took silver at Beijing 2008, gold at Rio 2016 and finished fifth in London 2012. Additionally, she has strived to Make itself visible to public and private initiatives so that more attention is paid to adapted sports and to getting sponsorships.

After taking the gold in Rio, Ruvalcaba met with the administration of the former president, Enrique Peña Nieto, to inform him of his requests and proposals for the modified sport. In addition, the athlete is supported by gas stations Citibanamex and BP, sponsors of the International Paralympic Committee.

“When I got back from Rio, it was the administration of Peña Nieto. Unfortunately, one of my applications was not supported, the fact that many Paralympic athletes came back without a medal and got a huge reduction in the scholarship amount (…) if I had the opportunity to do so year to talk about now with this administration, I will do it again because I think it is important not to give up on our athletes.”

The judoka reflected that it is also important to be visible to the private initiative to receive support. For a year and a half, Lenia has worked alongside an athlete representation agency, Athlete Booster, from which she receives advice on her digital and image strategy, and knocks on doors to attract sponsors.

Judo has been a Paralympic discipline since Seoul 1988 and the women’s branch was presented in Athens 2004. With five medals (three gold), Mexico ranks thirteenth in the historical medal table, even above the United States and Russia, despite having won more than 20 medals, They only got two golds. The event is dominated by Japan and China, who have won 12 and nine golds and 30 and 25 overall, respectively.