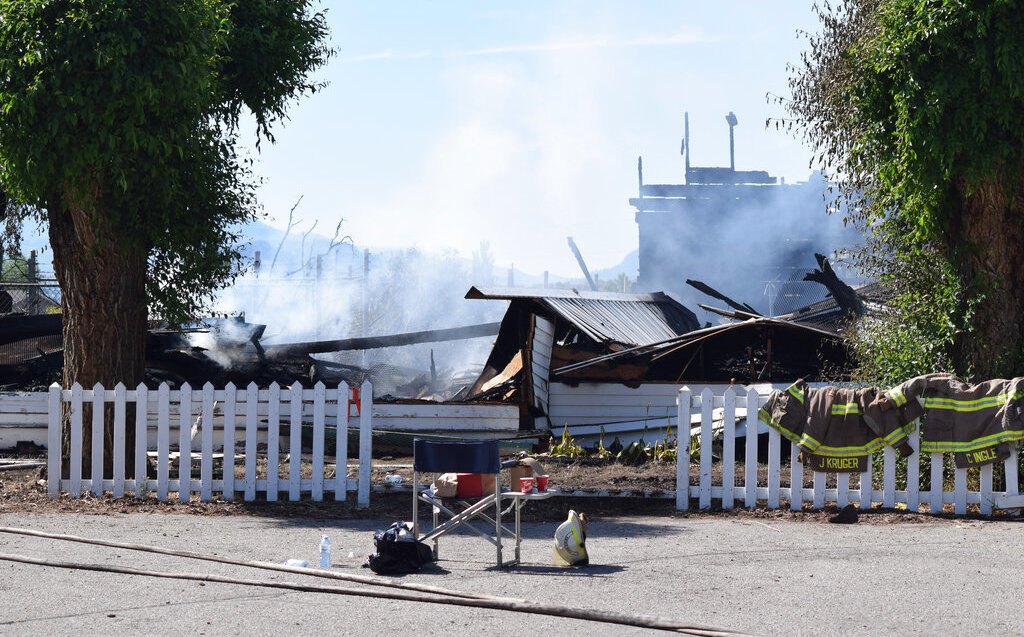 Two other churches were burned on Saturday in Aboriginal lands in western Canada, With what are already four burnt temples Since the discovery of a thousand unidentified tombs Near the former boarding schools run by the Catholic Church in the province of British Columbia.

At dawn, the churches of Santa Ana and Chewbacca, both located on Aboriginal lands in British Columbia, were burned an hour away, according to federal police.

The fires occurred two days after the discovery of more than 750 unidentified graves on the site of a former boarding school Catholic Church in Marival.

Last month, the identification of the remains of 215 children near another such school had already shocked and angered the country, illustrating the plight of Indigenous children for decades in Catholic-run schools.

Authorities consider Saturday’s fires “suspicious” and are “looking to see if they are linked to the June 21 church fires in Penticton and Oliver,” Sgt.

Investigations into the June fires are still ongoing. The tomb discoveries have revived the trauma suffered by some 150,000 American Indian, Mestizo, and Inuit children who were separated from their families, language, and culture and forcibly recruited into 139 boarding schools across the country until the 1990s.

Many of them were mistreated or sexually assaulted and more than 4,000 died, according to an investigative committee It concluded that Canada had committed “cultural genocide”.

On Friday, Prime Minister Justin Trudeau offered his country an apology, asking the Pope to do the same and did not rule out a criminal investigation.

During a press conference, he again spoke at length about the “terrible mistakes” of Canada, which for several centuries has implemented a controversial policy of forced assimilation of indigenous peoples.