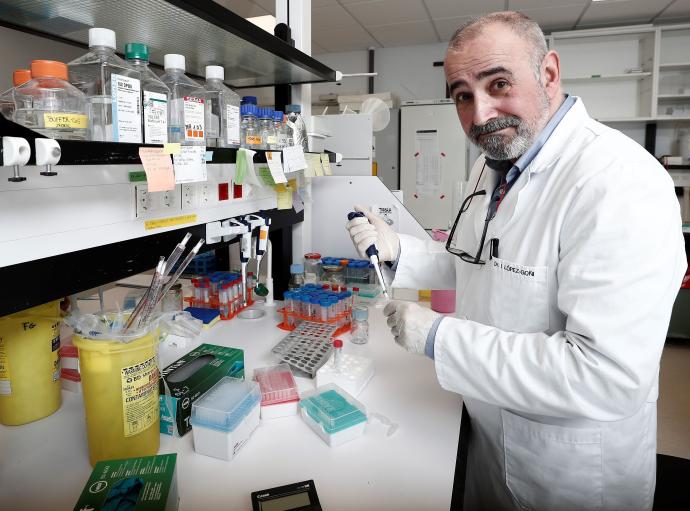 Ignacio Lpez-Goi (Pamplona, ​​1962) analyzed at the Jakiunde Congress the problems of communication for science during a health crisis

What are the main communication problems discovered in the epidemic?

The epidemic has been a communication problem for science. Much has been said about the information epidemic, and that the synchronization of social networks and the epidemic has generated a communication crisis. It also went really fast, and at the moment there are more than 180,000 articles on COVID-19, which is more than there is about malaria, for example. We’ve had science run wild very quickly, problems with preprints (unreviewed articles that many media gave validity that later weren’t), groups like Doctors for Truth and Biologists for Truth… all of this led to many Hoaxes and many fake news. There was also a lack of institutional coordination. Press conferences are for the press, not for communication. In addition, it was necessary to understand how science worked, because society demanded certainty, and at times it was not well understood that science sometimes takes two steps forward and one step back, and you have to correct. It is common among us that in these moments of crisis the situation was bad. For example, there is the case of AstraZeneca, a vaccine that works very well but has been messing up communication. In times of crises like this, communication must be based on trust, transparency, clarity and simplicity, and at the same time, be rigorous. It is here that we draw lessons for the future.

And what are the lessons it draws? In a health crisis, should politicians, journalists or scientists communicate?

– It must be cooperation. What has been noted is the importance of spreading science, which may not have been given as much importance at an institutional level. For example, when you establish a system that limits people’s freedom, you have to explain very well why you are doing this, and this exercise is missing. Then in the neighboring community there were other rules, and there was no coordination. And this is a fundamental issue, because crises are also crises of communication. You have to know how to explain metrics and know how to explain results that are sometimes not definitive. All this led to uncertainty. Who should communicate? Well, a little in between them all. For example, I don’t want to take the data out of context and just compare it to the previous day. All this raises concern among the population. The number alone does not contain any information if you do not provide it with all context.

Does this communication problem also come from the need and demand for everyday information, without time for much analysis?

-naturally. Now they’re talking to us with the volcano. Every day we see if a lot or a little smoke comes out. The question is: What will happen? Well, science will say we don’t know. We needed time to study and analyze them, and immediate responses were required for something as unpredictable as a pandemic. We all deal with uncertainty badly, but science needs time, rest, and it needs me to do one experiment, and someone else repeats and confirms it or goes back.

Was there too much fear on the part of politicians to say “I don’t know” because they seemed ignorant?

– I think the politician there is a very bad saying that we do not know. When I say that communication should be transparent, I mean saying everything you know and also what you don’t. And the politician is not too generous to say that which we do not know, and even asks for forgiveness. Throughout the pandemic, there have been many moments when these two things have been said.

As for the end of the epidemic…

– (Districts). It is not the end of the epidemic. If you see the global data, the virus has not gone away, and we have not defeated the virus. The vaccination rate in Spain is very high, which is why we have a relatively good and low case of infection. But that doesn’t mean it’s over. We control it, it’s a very different situation than it was a year ago, but we should have moderate optimism.