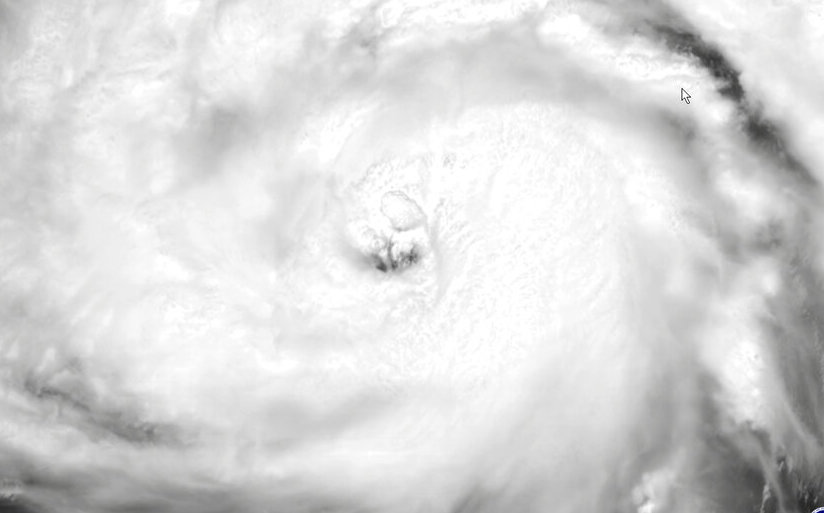 ida quickly gained strength this morning and Became a Dangerous Category 4 Hurricane, Hours Before hitting the coast of Louisiana in the United States, as officials and emergency teams race to open shelters for displaced people despite the risk of infection with the coronavirus.

ida It reached Category 4 several hours ahead of schedule by the National Hurricane Center (NHC). Climate front arrived on the same date as the storm Katrina, which devastated Louisiana and Mississippi 16 years ago.

The storm quickly gained strength as it passed over the Gulf of Mexico, 01:00. Recording winds at 72 kmphMinutes later, winds gusted up to a maximum speed of 230 kilometers per hour.

IDA threatens an area already affected by a Covid-19 outbreak Driven by low vaccination rates and the contagious delta version of the coronavirus.

Hospitals in New Orleans had planned to weather the frontal system to near full capacity, as other hospitals subjected to similar pressures from the coronavirus pandemic, they had little room for evacuated patients. And shelters for people fleeing their homes posed an added risk of becoming hotspots of infection.

The governor, John Bel Edwards, promised yesterday that Louisiana’s “resilient and tough people” would weather the then-storm. He also argued that the shelters would reduce their ability to “reflect the reality of Covid”.

Edwards said Louisiana officials were already working to find Hotel rooms for multiple withdrawals, so that fewer people have to stay in big centers. He also said that during last year’s hurricane season, Louisiana got room for 20,000 people.

“So we know how to do it. I hope and pray that we don’t have to to that level”Edwards said.

In the Mississippi coastal city of Gulfport, a Red Cross shelter displayed signs with guidelines for evacuation with COVID-19 warnings. It was still sunny and only a few people had arrived last night.

Shelter director Barbara Casterlin said: Workers were required to wear face masks. The displaced have been asked to do the same. He said anyone who refuses will be kept in a separate area, as will those who are sick.

ida strengthened so rapidly that New Orleans officials said Did not have time to organize mandatory evacuation Out of its 390 thousand inhabitants. Mayor LaToya Cantrell urged residents to leave voluntarily. The remaining people were advised to be prepared for prolonged power cuts amid the scorching heat.

Officials also stressed that the drainage and drainage systems that protect the city have been greatly improved. Katrina. But he warned that flooding was still possible, with rain forecasts of up to 24 inches at some points.