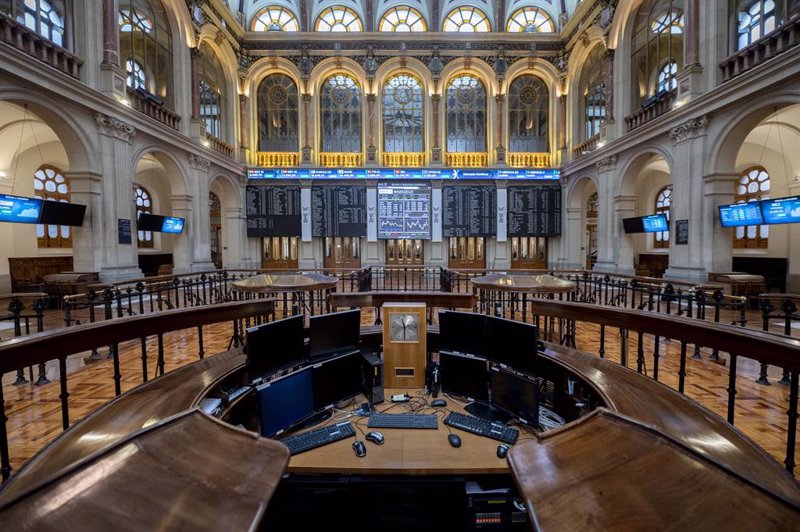 ibex closes it in a week in which Less concern has been seen about ‘Micron’, the South African version of Covid, The fact that Joe Biden’s top health advisor, Dr. Anthony Fauci, said on Monday it is optimistic about the severity of this new strain, and Pfizer said in the middle of the week that Your third dose of vaccine may work to neutralize the newer version., Has managed to calm the spirits and ease the uncertainty,

In the absence of what it does this Friday (it’s currently down 0.4% to the 8,368 mark), Nearly 1.5% rises in Spanish selective week’s accumulated After vigorous appreciation on Monday and Tuesday. it should be remembered that evergrande been the center of attention all week, but the reality is that Investors conveniently ‘ignored’ that Chinese developer is on the verge of collapse this time,

Within the ibex, falls Viscofan (will be replaced by Rovi, which is up 5%), BBVA or Amadeus. On the positive side, ArcelorMittal or Inditex are the best.

Today will go down as one of the most relevant references of the week, November CPI in America, Which reached a 31-year high of 6.2 per cent in October., For today’s November CPI expects prices to continue to rise up to 6.8%, although some have suggested it may reach as high as 7%, which will further strengthen the case for an accelerated pace of stimulus reduction by the Federal Reserve (Fed). Basic CPI is expected to rise to 4.9%.

Post CPI, investors will be waiting with even more anticipation for what the company has to say. Federal Reserve, which meets on Tuesday and Wednesday of the following week, there is a meeting of people on thursday Banco Central Europea (ECB) -This Friday Christine Lagarde will speak – and on the same day there will be a meeting of the Bank of England. Other central banks, including Turkey, will meet next week and their decisions will also be followed closely. Also the climax will be put on Friday. Eurozone CPI and the latest ‘quadruple witch hour’ (Options and futures expire on both sides of the Atlantic) of the year.

IBEX closed the previous session down 0.93%, under pressure from declining prices in the tourism sector, Repsol or Inditex. Bolsmania experts warn that the Spanish index It reversed just before closing the bearish gap on 26 November, “The only positive news from the past day is trading in low volumes,” he indicates.

The analysts on this website recommend that investors Don’t miss the support at 8,210 points.

“If it eventually loses them, a change in trend will be confirmed in the medium and long term. We will not see signs of strength again unless it is trading below the 8,600 mark,” he explains.