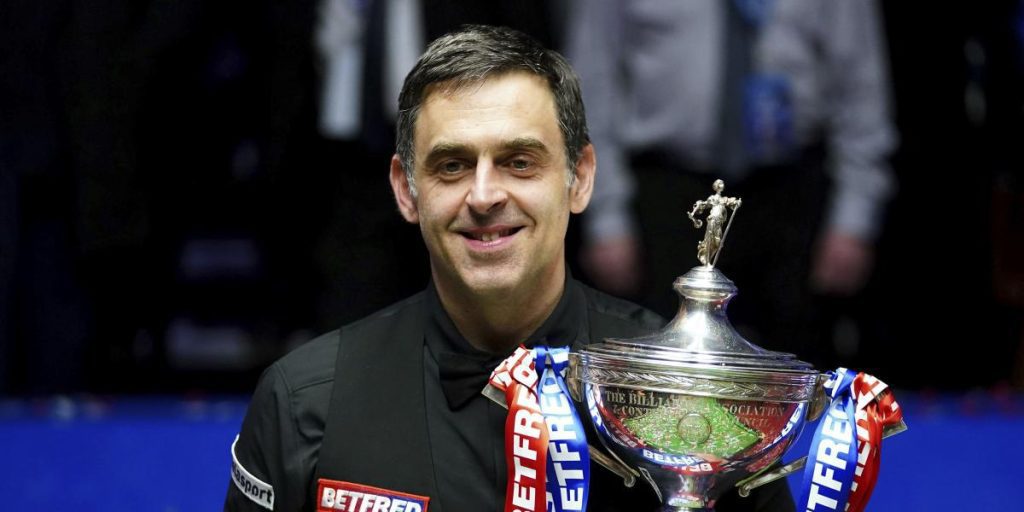 The snooker season It started in recent weeks with a row over the first championships. One of the main attractions of the campaign is to see the action again Ronnie O’Sullivan, the new world champion last May. After winning his seventh world title, O’Sullivan spoke about his challenges and motivations for the new season.

It was in an interview he gave exclusively Eurosport“The House of Snooker” in Europe that broadcasts the best and most important events on the calendar. Hong Kong Masters and Northern Ireland Open These are just some of the first tournaments that Eurosport will present in the coming weeks. You can see where the major players on the planet are playing.

Tell O’Sullivan how he’s facing the new season. “Obviously I am very happy, enjoying my snooker game. My game is still competitive, but I probably don’t perform as well as I was two or three years ago. I enjoyed not being my favourite. There were people asking if I was still playing or retiring. I’m used to that and winning the World Cup, going back to first place…I think the World Cup this year more than any other tournament has generated a lot of interest and I can feel the emotion of the crowd. I feel more than ever that there are a lot of people happy for me, but this has already happened and I really want to play another season.”

Other than the titles, Rooney has made it clear that he wants to focus on playing well. “I’m more focused on my relationship with the game and if I’m playing well and I don’t win, I’m still happy.Because having fun is the most important thing. A lot of people probably prefer to win no matter how, and that’s okay too, because everyone has a different approach. But I want to enjoy my game and the rest is secondary.”

“If the World Championships stays at the Crucible, that’s great, because I love Sheffield. If they change their venue as well, it will be a new challenge.

He told O’Sullivan what it meant to have his father support him at the last World Cup. “My father has been a great role model for me. It has been a huge part of my career. Obviously he wasn’t around when I became a professional and in my first 20 years, so now I’m obviously in the final stages of my career. I thought it was important for my dad to come and enjoy being in Sheffield for two or three weeks.”

In addition, the English player made it clear that he has regained his racing routine in preparation for the championships. “I’ve been running a lot in the past five days. I train a lot less hard when I run and my times are a little slower. But I run at least four times a week, max six times a week. I try to go to the gym a few times a week too and fit in every Something with snooker and with my family life.”

Open to changing the venue of the World Cup

O’Sullivan has been open about the possibility of Sheffield leaving the World Cup. “I don’t care where I play. I’ve played all kinds of places around the world, and some are pretty cool. Ireland, Hong Kong, big places in China, in the UK, in Germany. There are many places that can organize the world championshipHe explained that he is open to all possibilities.

And the English player reiterated that his big goals for this season will be the “Triple Crown” titles. “The UK Championship, the Masters and the World Championships of course. Everything I do is always ready to prepare for one of those three tournaments. And after that, I really like the UN events and the opportunity to go to big places in them.”

Rooney was also wet about competitors who could fight with him for big titles “It’s very difficult. You have guys like Zhao Xintong and Yan Bingtaowho might be the next players to dominate the game and take Comfort from people like me, John Higgins, Mark Williams, Mark Selby, Neil Robertson. I don’t see anyone in particular, but many good young talents are emerging from China,” he said. Something he sees as positive.It would be great to have ten events in China and ten events in the UK. or across Europe. You will have ten giant events in China, the UK, the Masters and the World Cup.”

O’Sullivan was specifically asked if he saw Mark Selby as his biggest competitor. “I’ve never seen Selby as a competitor Because he was always trying to reach me in many ways. Arrived a little late for me. I have twenty-one majors and I think he’s eight or nine. So he still has twelve more to match my record. I’ve always seen him as a strong contender. But I would say more competitors are John Higgins and Mark WilliamsBecause we arrived at the same time.”

Rooney also announced that he will not be playing exhibition games this season, but will travel to three or four European events in the next six or seven months. He does not see unattainable goals, but believes that his record in the major tournaments will last for a very long time. “I don’t think there is anyone alive now who will win 21 Triple Crown titles. Ranking title history will disappear as there are many events to play in. But I don’t think my master records are in danger.”

“I still love snooker and want to compete, even if I’m bored, I need some time”

He also told O’Sullivan how he stays motivated. “I love snooker. At the end of the day, I love what I do. I don’t enjoy playing all the tournaments week after week, so I’m balancing it out with a comment with Eurosport,” he said. It is inevitable to go through those “dark places”. If you want something big and special, you have to go. And I wasn’t ready for that sometimes.”

The seven-time world champion also confirmed that he does not fear his life off the tables. “I have many businesses away from snooker, but in a way that they treat themselves and leave me time for other things,” he said. “There are offers on my mind and I would like to go to Kenya, Ethiopia and Uganda to score something running. “I’d like to run a half marathon,” he said. There are two production companies that I’ve worked with already and would like to do things with me. I would also like to do something in cars.”