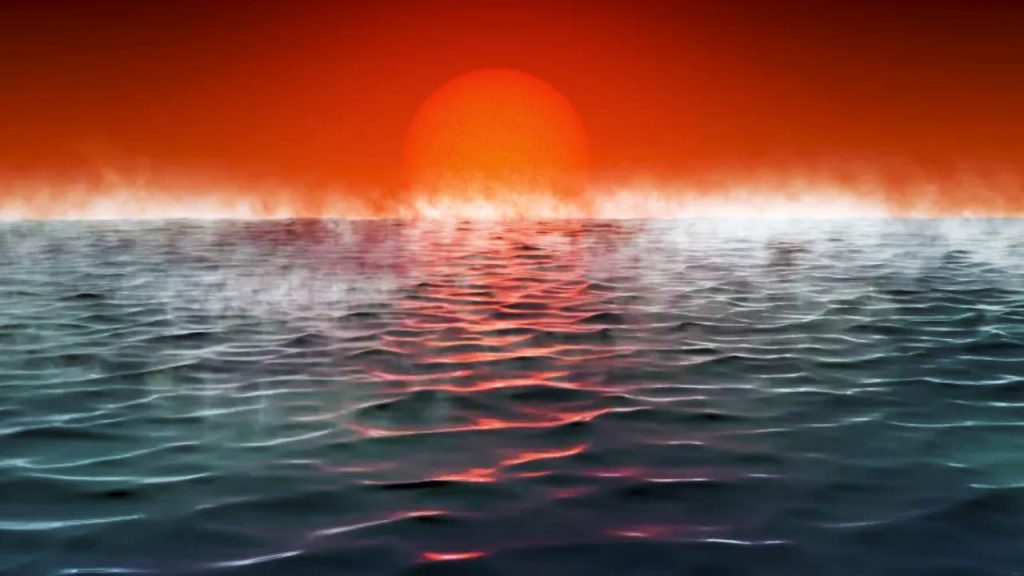 A British team of astronomers identified a A new kind of exoplanet Very different from ours but With “promising potential” for life support, a discovery that could significantly speed up the search for life outside our solar system.

They were baptized like planets “Hycean”, hot planets, covered with oceans and hydrogen-rich atmosphere, far more than the Earth-like planets that astronomers are confident they will find vital fingerprints of life within two or three years.

The discovery, made by astronomers at the University of Cambridge, is detailed today in The Astrophysical Journal.

“These planets open up an entirely new avenue in our search for life elsewhere.”says Niko Madhusudan, head of the research, from the Cambridge Institute of Astronomy.

According to the study, many of these candidates are larger and hotter than Earth, and contain large oceans that could support microbial life similar to that found in some of the most extreme aquatic environments on Earth.

Furthermore, their habitable zone is much larger than that of Earth-like planets, which means that they are more likely to host a form of life.

Since the discovery of the first exoplanet more than 30 years ago, astronomers have identified thousands of exoplanets known as “super-Earths” or “minineptunes,” rocky planets or ice giants with a hydrogen-rich atmosphere, or anything in between.

Most minineptunes are 1.6 times the size of Earth: they are smaller than Neptune but too large to have a rocky interior like Earth.

And although astronomers believe these planets cannot support life, a recent study by Madhusudan’s team on minineptune K2-18b found that under certain conditions, these worlds can support a form of life.

It was that research that allowed astronomers to identify a new type of planet, the haiken, with vast oceans and hydrogen-rich atmospheres.

These planets It can be up to 2.6 times larger than Earth Atmospheric temperature reaches 200 degrees Celsius, but ocean conditions can be similar to those that favor microbial life in Earth’s oceans.

Although planets of this size dominate the group of known exoplanets, they have not yet been studied in as much detail as the super-Earths. In fact, these worlds are likely to be fairly common, which means that the most promising places to search for life elsewhere in the galaxy have been hidden in plain sight.

The Cambridge team has identified a large sample of potential structure worlds, candidates that will be studied in detail using next-generation telescopes, such as the James Webb Space Telescope (JWST), which is due to launch later this year.

every one of them Orbiting red dwarf stars 35 to 150 light-years awayThis is very close to astronomical standards.

The authors advance that observations that JWST visualizes of the most promising candidate, K2-18b, could lead to the discovery of one or more biomolecules (biocompatible chemical elements).

“Discovering a vital sign will change our understanding of life in the universe. We must be open about where we hope to find life and what form that life might take, as nature continues to surprise us in often unimaginable ways.”, says Madhusudhan.