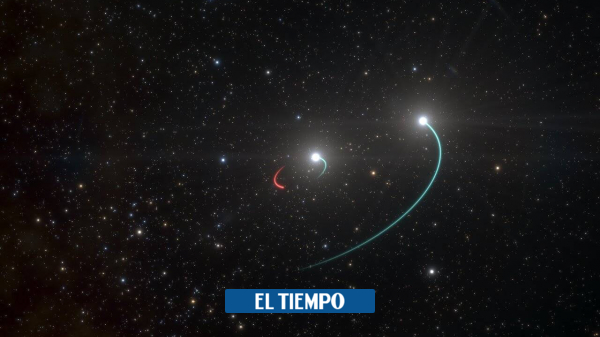 Database European Southern Observatory ESO has just published the most comprehensive star catalog at the center of the galaxy, with 100 times more stars than previous surveys.

The center of the Milky Way is home to a supermassive black hole of about four million solar masses, Sagittarius A*, whose discovery led to the Nobel Prize in Physics in 2020.

Around it is an exceptionally dense star cluster and the cluster represents an area of ​​great scientific interest, for which the Galacticnucleus project, led by the Institute for Astrophysics of Andalusia (IAA-CSIC), was designed.

This region, with a density of stars much higher than the regions around the Solar System, represents other nearby galactic nuclei.

“Its uniqueness lies in the fact that it can be studied in more detail for being the closest. Due to its properties (central black hole, high density of stars, intense ultraviolet radiation, etc.) it forms the center of the galaxy,” said Rainer Schödel, an astronomer at IAA-CSIC and principal investigator at Galacticnucleus, in a statement.

However, it is not easy to observe the galactic center. Dense clouds of gas and dust between the Earth and the center of the Milky Way cause intense redness and extinction in visible light emitted by the Milky Way’s core.

For this reason, the stars in this region can only be studied in the infrared, a range less sensitive to these effects (in this case, the HAWK-I infrared camera from the European Southern Observatory’s Very Large Telescope was used)

See also  Oscar 2021: Candidates will be able to travel to the United States as primary workers

On the other hand, the very high density of stars in this region requires very high angular resolution images: the effect of the Earth’s atmosphere produces blurry images in which it is impossible to observe the stars individually, and the Galacticnucleus team used a technique developed specifically for this project that reconstructs sharp images From hundreds of short exposures (of about one second).

It may interest you: the multicellular animal that can survive 24,000 years of freezing

Thus, the Galacticnucleus identified this region in unprecedented detail: about a hundred times more stars were discovered than in previous surveys, which will allow us to understand the processes of star formation in this harsh environment and reconstruct the history of star formation. from the Milky Way.

The Galacticnucleus project was funded by the European Program of the European Research Council (ERC), which promotes the Science of Excellence through Consolidator Grants. Project observations were obtained within what are known as large ESO programmes, which require many telescope hours and can lead to breakthroughs in the field of study.

Experiments show that natural selection is incompatible with sexual selection

Space debris is a problem for the International Space Station