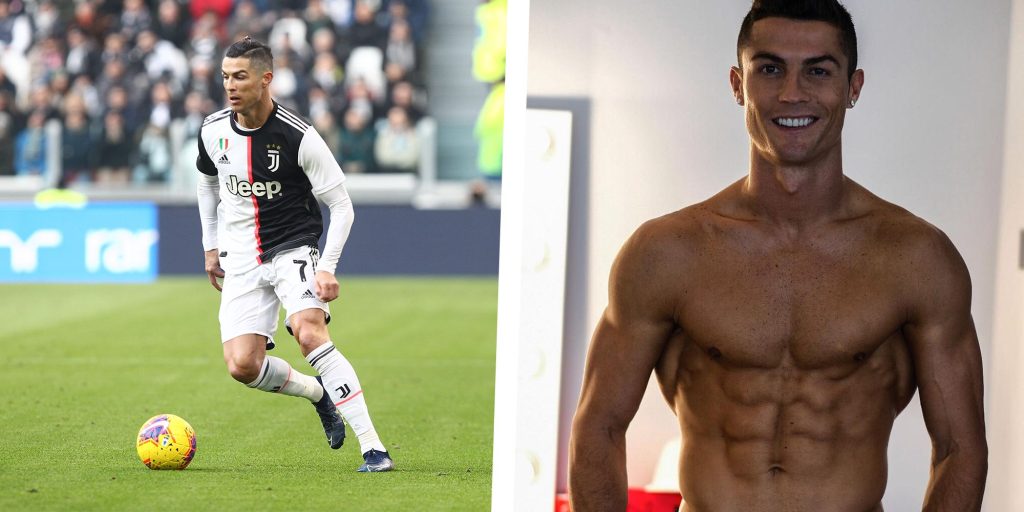 The way of life for a footballer has changed dramatically over the years as more and more money has been pumped into the beautiful game. The necessity to be an athlete, not just a footballer has become paramount to a successful career, especially at the top end of the game.

The idea of a celebrated talent like George Best are long gone. No more will you see a player be so good on the field, whilst drinking and smoking in the evenings and heading out to endless parties.

The teams with the fittest and most capable often are the favourites in today’s football betting with players like Cristiano Ronaldo, being one of the favourites for the golden boot in the Premier League, even at the age of 36. His ability to stay in peak physical fitness is legendary and a physical examination he received back in 2019 concluded that he had the body of a 20-year-old man. Only Tom Brady can rival him in this regard. Ronaldo has revealed some of his secrets (see below), however he probably would not tell us everything.

Paul Gascoigne found the hard way how the need for diet and exercise to strengthen your body would help with the recovery of injury. As well as the physical side, the mental health of a player is aided with a good diet and exercise and their concentration and ability to focus and make good decisions in game are heightened.

Players like Gascoigne played under adrenaline and as a showman to the crowd, as much as this excited those in the stands, at times it put him in dangerous positions and injuries were caused that blighted his career.

The old favourites of steak and chips or roast dinners no longer being used before games; the filling foods that weigh and slow a player down are off the menu or altered dramatically. It is more and more noticeable now as players take their diet seriously and quality of play has improved steadily along with it.

Clubs will monitor their food intake during training hours as well as several players hiring personal chefs to ensure what they eat has a benefit to their physical development. When Jurgen Klopp joined Liverpool, he insisted on the hiring of Mona Nemmer who was the Head of Nutrition at Bayern Munich. Individual player dietary plans were introduced which did not stop at the training ground, but for their homes, travel to and from games as well as during hotel stays for away games.

Antonio Conte banned a number of foods including tomato ketchup and mayonnaise as soon as he arrived at Tottenham. The diets for his player were changed as he looked to ensure what they ate helped fuel their bodies and minds to become stronger, fitter and more focused.

Even prior to Contes arrival, star striker Harry Kane has had a personal chef in his home, as he says, “football is a short career and goes so quickly, I have a chef at home to eat the right food, helping recovery”. He is not the only one, with the rise of Jonny Marsh, the popular private chef for Premier League footballers, there has never been such a focus on eating right.

See also  There was no "significant withdrawal" of Russian troops, according to Blinken

Water is the vital fluid with players hydration levels monitored. Often water with added electrolytes is issued to boost hydration, along with energy fluids given in game to fight against issues like cramp.

The standards are higher

As the players are helped to be stronger and faster, the speed of the game has increased and finds players required to sprint much more in game than ever before, especially in the high-pressure sides like Liverpool.

The physical demands on players in the Premier League has increased dramatically. Players are covering longer distances and the intensity is increasing as well. From the 2006/07 season to the 2012/13 season, the number of sprints increased by 85% and the distance covered at that intensity increased by 35%.

Training programs at clubs have had to be developed to ensure that the health of their players is not negatively affected by this change. Planning training workloads and the intensity of the session is vital and the way sessions are delivered alter throughout the season. Identifying the busiest periods for matches often brings less intense training for example. The earlier part of the season is often more intense compared with the later stages, meaning players training programs often depend on the stage of the season.

Rest has become equally important. Eating well and exercising are not the only ways a person needs to improve in order to reach their peak fitness. Without solid rest and recuperation, the body is unable to perform to the requirements a player requires, or more so, their manager requires.

See also  Trends That Are Reconstructing The Casino Industry

Premier League players are no longer just footballers and manages have had to ensure the health and welfare of the player is always protected. And for those aiming to compete at the top, it is no longer just your ability on the ball that gets you there.