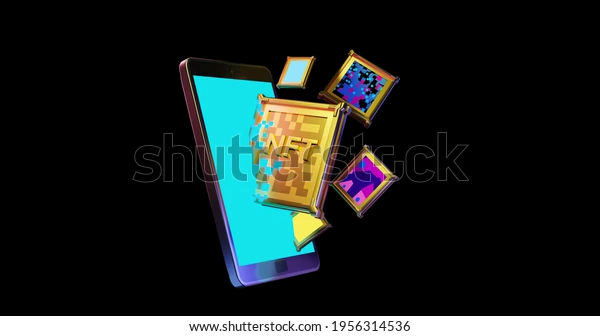 Non-fungible tokens have reached another level of popularity over the past year because people have learned that they can earn a lot of money from them. This has even led to NFT-based games which have become bigger and more popular because people are getting into crypto more as of late.

The crypto market is growing every day due to the rise of cryptocurrencies but you should also look at other assets now. Back in the day, those were the only assets you can invest in but other assets like NFTs, programs, and games are now a norm in the mainstream.

Of course, the products are not as refined as others from mainstream industries like the tech world or cars. The crypto market is ripe with developments because it is recognized and adapted by most industries such as sports and gaming. There are a lot of factors that play a role in NFTs’ rise to the top. While people can look and ask questions about Blockchain gaming – can NFT games help you earn money? The answer is yes, and that deserves a closer look.

There are multiple blockchain-based games that you can find on the internet. These games can allow you to earn rewards with either cryptocurrencies or NFTs. Most of those games have gone live over the past few years. Those games have a play-to-earn model which means that players have to win at the game so they can earn rewards. That is a good model to follow which is why people love to play these games.

A game that has reached a high level of popularity is Axie Infinity which is similar to the game model of Pokémon. You can catch monsters that you can raise and turn into reliable pets to win your battles. When you win your battles, you can earn in-game rewards that can be turned into money outside of the game. It has become a good source of money for loads of people which is why it’s such a popular game.

Axie is not the only game in the market that does this because there are other NFT-based games where people can earn loads of cash from winning. You can look at Loot to Yield which has recorded multiple guilds in the game and you can earn in-game NFTs that can be shared.

The play-to-earn model is enough reason for people to come and flock to the industry. This is a good model for the rest of the industry to follow because the investors will be happy with a solid progression system in the game during their time in the crypto industry.

That kind of interest is huge for both industries because if you find out that mainstream games and the crypto market are creating more partnerships, you can get the chance to make real money if you are skilled enough at the game.

See also  All you need to know about trading software

NFTs have turned from a mere trend to becoming a norm in the mainstream financial market. Games based around them should be looked at as top-tier investments. You can make real money from these games and it will be a shame if you miss out on the chance of earning solid rewards.

There might be questions like Blockchain gaming – can NFT games help you earn money? That has been proven right over the years and it will be a disservice to the developers if they’re denied.