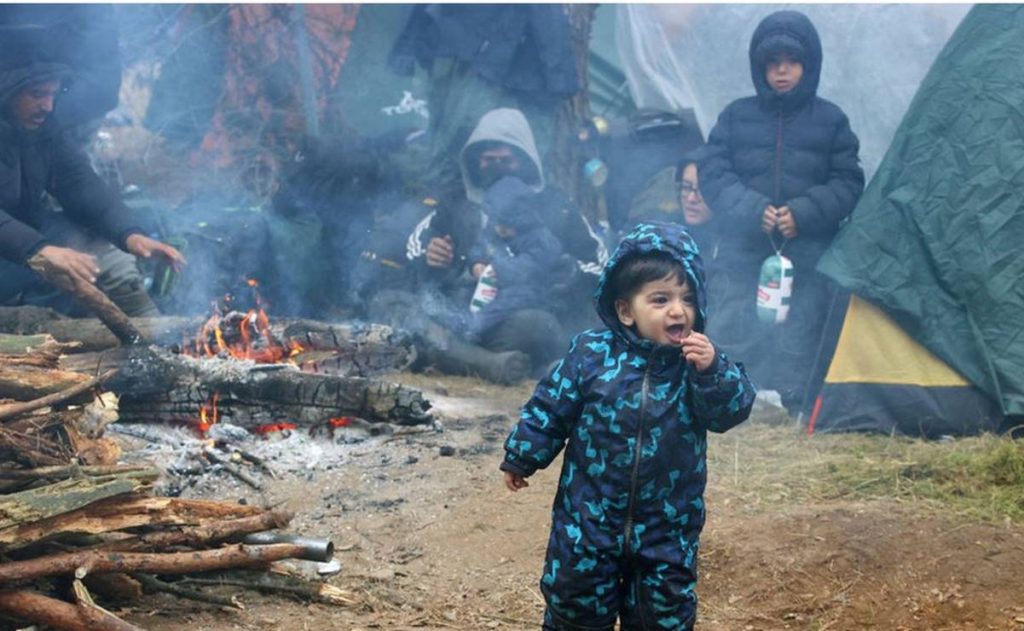 The migration crisis On the The border between Belarus and Poland got worse in the last days, thousands of people from Middle East and Africa They’re trying to get in Polish lands.

Many of them arrive on flights from these countries to Belarus. For example, according to the Flightradar24 portal, in the next seven days there are 21 flights from Istanbul to Minsk, 12 from Dubai and one from Baghdad.

But the portal does not count all scheduled charter flights.

It is likely that a large part of the passengers will be on these flights immigrants That they, with the tacit support of the Belarusian authorities, use this country as a transit point for access to Europe.

1. How did this crisis start?

Since 2020, the Belarusian authorities have abolished or simplified visa requirements for 76 countries. Among them are many affected by serious conflicts, such as Syria, Libya, Iraq and Afghanistan, so many people are trying to get out of there.

travel agencies Syria, Iraq and Turkey I started selling trips to Belarus, in which they offer housing and employment in an EU country.

Dozens of messages of this type also arrive via WhatsApp, which is the most used messaging service in the region.

Migrants at Minsk Airport: According to residents of the Belarusian capital, many camp in the underground city corridors and at the entrances to buildings.

This trip costs between $10,000 and $20,000, depending on the circumstances. The German portal Deutsche Welle indicated in an investigation that the Belarusian consulates They even delegated the right to place visas For your country in passports to these travel agencies.

Besides, Belarus has significantly increased the number of flights from Middle Eastern countries. Many countries in Europe denounce that even the Belarusian authorities are behind these offers promoted by travel agencies.

See also  Teaching the Pope: "Prayer is not easy. It is a joyful and exhausting battle."

2. Where do immigrants come from?

In the middle of 2021, Iraq was the main starting point. In September, the UN High Representative, Josep Borrell, was able to negotiate with the Iraqi authorities how to reduce the number of flights to Belarus.

Currently, the Kurds fleeing Syria are the majority of these They are trying to enter the European Union in this way. They are in Syria threatened not only by the Syrian regime, but also by the militants of the Islamic State.

But there are also migrants who come from Libya, Afghanistan, Yemen and from different African countries where there are religious and political conflicts, such as Congo and Ethiopia.

3. How do they get to the border between Belarus and Poland?

Until recently, a refugee visa, if the passenger needed it, was granted at the airport itself when boarding the plane.

At the departure gates of flights, it is impossible to identify passengers as immigrants or refugees. They have cash, all their documents are in order, and their clothes are very similar, so there’s often no reason why someone shouldn’t get on a plane.

What will happen next is not clear. The videos known to date show that these passengers are transported, in a very organized way, from Minsk airport to the borders with Poland and Lithuania.

But until now it has been impossible to determine who is organizing these logistics.

When the number of people trying to cross the border increased, they fortified themselves with barbed wire.

4. How do migrants cross the border?

At the beginning of the migration crisis, Polish and Lithuanian border guards let them pass and then sent them to special facilities.

However, at the same time, the two countries’ foreign ministers began to accuse Belarus to organize this new phenomenon of immigration.

So, when hundreds and then thousands of people tried to cross the border every day, Poland and Lithuania closed the border crossing and began fortifying the border with fences full of barbed wire.

Now the border can only be crossed illegally, which does not prevent migrants from trying.

Some are trying to bypass the fences erected by the border guards (Two incidents occurred on November 9.)

Others are looking for unguarded areas: for example, the border between Belarus and Poland stretches for more than 400 km and most of them are covered with forests or swamps.

5. What about the Belarusian border guards?

Based on dozens of statements made by refugees and migrants themselves and videos published by the Lithuanian and Polish authorities in recent weeks, the Belarusian Border Service Directing refugees to cross Borders illegally.

The website of the Belarusian border service publishes information about the migration crisis, but claims that many refugees do not even know that they need a visa to cross the border.

“Belarus fulfills its highest duty to stop illegal immigration. The reasons (for this new influx) can be found in the EU countries’ support for “color” revolutions (the term used to describe popular uprisings against certain governments) in the regions where “a place where they were destroyed,” says the ministry’s website. souls or wars.

In an interview with the Belarusian newspaper Nasha Niva, an anonymous border officer described the activities of his ministry as “Complete reduction and division of laws“.

See also  A study has found that California condors are able to reproduce without the need for mating
In this satellite image, migrants can be seen at the Belarusian-Polish border.

6. Where do migrants end up going?

Poland and Lithuania are both transit countries for refugees and migrants. Many of them intend to go to Germany, France, Austria and the Netherlands, where they may already have relatives or acquaintances.

According to the German authorities, at least 5,000 people arrived in Germany via Belarus.

7. Do refugees and migrants reside in Belarus?

Yes, but the authorities have never reported the exact number. According to Minsk residents, hundreds of people are camped out in shopping centers, underground passages and entrances to apartment buildings throughout the city.

Perhaps that is why, fearing that the situation will spiral out of control, in recent days the Belarusian authorities They have tightened the conditions for access to the country.

The most concrete measure that was known was that they stopped issuing visas at the airport to citizens of the most problematic countries: Syria, Iran, Afghanistan, Nigeria and Yemen.

8. Is Russia involved in the migration crisis?

Officials in many EU countries think so. For example, Polish Prime Minister Mateusz Morawiecki said: “This attack by (Belarusian President) Lukashenko has its mind in Moscow. The mastermind is President Putin,” he added.

But German Chancellor Angela Merkel called on President Putin to intervene in the crisis, which the European Union considers a “mixed attack” aimed at destabilizing the bloc.