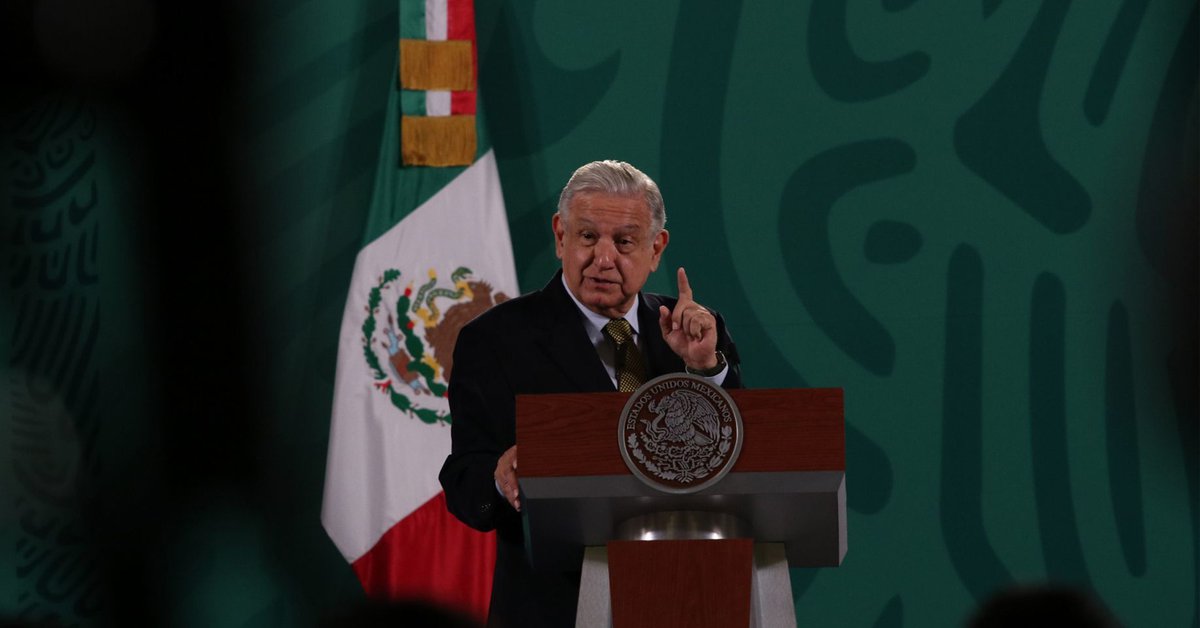 AMLO was criticized by HRW for their position (Photo: Cuartoscuro)

Jose Miguel Vivanco, Director of the Americas Division of Human Rights Watch (HRW), criticized the response that President Andres Manuel López Obrador delivered to a reporter during a morning lecture, noting that she “likes to use”cantinflas rhetoricTo answer directly.

After that the reporter asked him what would be the address before Mexico. United States Supreme Court resolution With regard to the implementation of section 235(b)(2)(c) thereof Immigration and Nationality Law which allows the restoration of Migratory Protection Protocol (MPP) said that it is the Ministry of Foreign Relations (wed) without delving into the subject.

“AMLO maintains that their immigration policy has been formulated in a sovereign manner. But he is silent when the US Supreme Court ordered the reintroduction of the MPP – a policy that is being implemented in Mexico. rejection of AMLO may stop this abusive policy, but it prefers the rhetoric of Cantinflas‘ said Miguel Vivanco.

And it is that after the question, the executive was expected to say whether the country ruled by Joe Biden would accept thousands of migrants indefinitely at the border despite a proposal by the country, but he responded:

At the request of the reporter, López Obrador said that he would ensure that there is always a Good relations with the United States government, just like when Donald Trump He was in command.

He assured that “Resolving the underlying problemInvestments are being sought so that there will be growth, jobs, and welfare in Central American countries, that people are not forced to emigrate, because no one leaves their homes, their families for happiness. leaves, they do it for need”.

He said that at the moment it is helping to place migrants in shelters, mainly protecting women and minors; “However, it may not be eternal, we have to go down and mean it” Invest for the development of poor people“

AMLO supported the position of the SRE (Photo: Presidency of Mexico)

For its part, SRE assured in an official statement that Mexico did not position itself on the ruling, ensuring that it does not oblige the country to follow any local migration management.

“The Government of Mexico does not position itself with respect to the said decision. However, the Ministry of Foreign Relations emphasizes that such a judicial decision is not binding on Mexico and that its The immigration policy is designed and executed in a sovereign manner. As a result, the decision of the Supreme Court of the United States has no direct effect on the government of Mexico in migrant management.

He explained that, in the current context, in the spirit of responding in a humane manner to migrants, the Government of Mexico would initiate a technical dialogue with the Government of the United States, aimed at evaluating scenarios in management. migratory flow.

“The government of Mexico supports this Respect for migrants and asylum seekers, in compliance with our national law and in accordance with international law. Similarly, Mexico reiterates the importance of addressing the structural causes of migration, including public policies with immediate effect on people’s living conditions,” concluded SRE.

“I subscribe to that”: AMLO backs SRE’s position on US immigration policy
AMLO thanks Sanchez Cordero and confirms Adan Augusto Lopez as new head of Segob
“Transformers of everything, responsible for nothing”: Julen Rementaria attacks AMLO and Q4