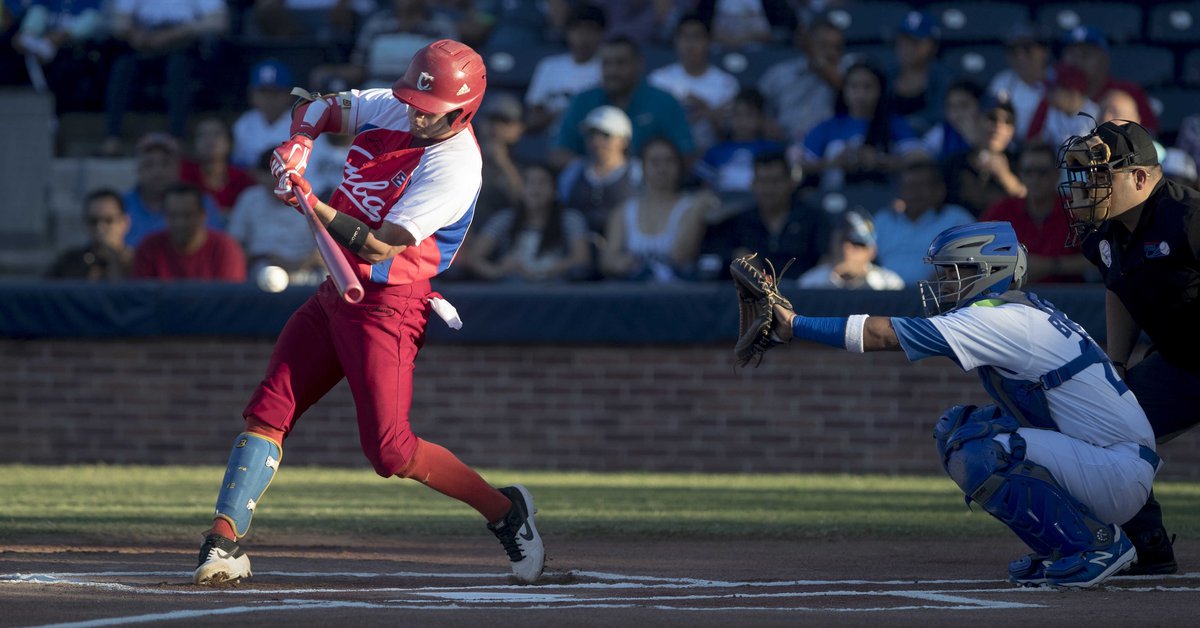 Cuban and foreign media reported on Thursday the abandonment of George Sil Figueroa, a psychologist for the Cuban baseball team, who may have been in America After the America’s Baseball Pre-Olympic Participationqualifying tournament for Tokyo Olympics.

The information was confirmed by a Cuban journalist and writer based in Miami, Francis Romero, who said that Figueroa left the rest of the team A few hours before the plane took off on the island.

a source cited by Miami Herald Found out that the Antillean team’s federation He lost contact with Sil Figueroa in the final hours of Wednesday, before returning to Havana after the Caribbean team’s unsuccessful participation, as it is the first time since 1992 that the Cuban team will not be a part of the Olympic Games.

Sil Figueroa’s team had a second defeat after last week, it was known that Cesar Prietohandjob On one of the team’s promises, he left his teammates just hours after the Cuban team landed in the United States.

33-year-old Sil Figueroa decided to leave the Cuban delegation to stay in the US. The professional was born in the capital of Cuba in 1988 and studied psychology at the University of Havana. According to his LinkedIn profile, he worked as a sports psychologist for the Institute of Sports Medicine, specifically for the Cuban baseball team.

Cesar Prieto is the first of the Cuban athletes to blame

In Prieto’s case, the young promise left the team as soon as he arrived in Florida. They got off the bus that had picked them up at the airport and He got into a waiting vehicle with an unknown destination. hours later The Cuban Baseball Federation (FCB) has confirmed its player’s defection.

See also  China.- US warns China about its "threats" to the Philippines in the South China Sea

“your decision, Contrary to the commitment he made to the people and the team, he has created disapproval among his colleagues And other members of the delegation, prepared to overcome the logistical implications of an event beyond the majority, will have to remain loyal to the homeland and the mission with which we travel through the event,” the federation said in a statement.

Official note “It is pertinent to remember that the encouragement of this type of behavior has marked many of the aggressions against our sport, Victims of the actions of traders and smugglers in favor of the decision of the US government to disable the agreement aimed at normalizing the inclusion of our players in the MLB circuit“

Cuba, who was in Group B of the Pre-Olympics to be held in West Palm Beach and Port St. Lucie in the eastern part of Florida, They bid goodbye to the championship with a win over Colombia which was not enough to advance to the second stage.

apart from defection Rumors have multiplied in the past hours about Prieto and Sil Figueroa, other members of the Cuban delegation, players and members of the coaching staff. At this time, the FCB has not confirmed the resignation of the psychologist or others.

Cuba’s baseball team did not qualify for the Olympics for the first time in history
“Down with the dictatorship”: Cuban dissidents protest against the Castro regime in Miami and demand the release of political prisoners
See also  UK acknowledges "differences" on climate targets ahead of COP26